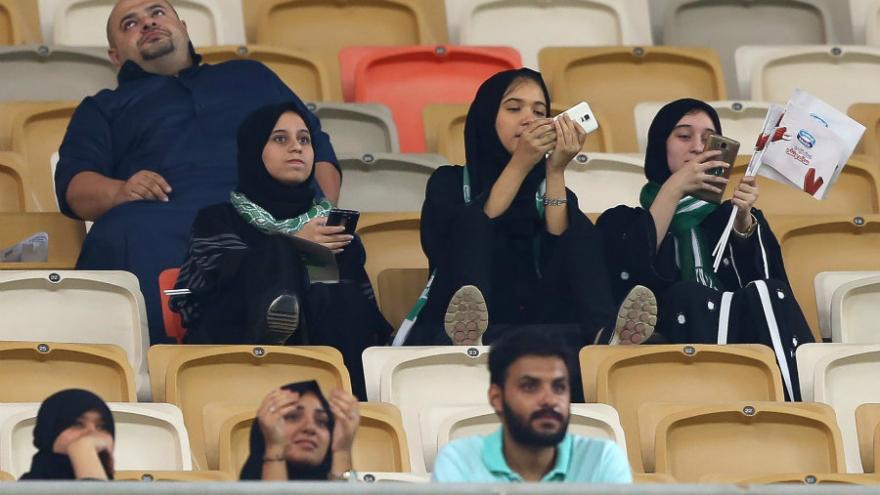 The game was the first time a major sporting event was open to women in the kingdom.

The easing of the strict gender segregation was announced in October 2017 as part of the ambitious reforms by Mohammed bin Salman, the 32-year-old crown prince.

Saudi Arabia still adheres to some of the strictest interpretations of Sunni Islam in the world but has seen liberal reforms recently. The change in policy followed the historic decree in September 2017 allowing women to drive, beginning this summer.

Females spectators on Friday cheered on two of the teams in the Saudi Professional League, Al-Ahli F.C. and Al-Batin F.C. Al-Ahli won 5-0.

The Saudi General Sports Authority said it had provided all the necessary accommodations to "create an attractive sports environment for families and provide everything needed to ensure their privacy."

"Today, you brought happiness to every Saudi family and woman who attended the first game," said Reema Bandar Al-Saud, a deputy at the General Sports Authority and part of the Saudi Royal family. "This is a historic moment for the Kingdom."

The plan for the country's economic reinvention rests on a number of pillars, including youth empowerment, social organization and women's empowerment. The kingdom wants to increase participation of women in the Saudi labor market and and other aspects of life.