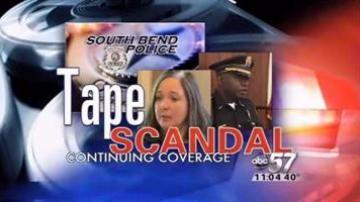 SOUTH BEND, Ind. -- Members of the South Bend community are looking to remove the mayor from office. Community activists are calling to impeach Mayor Pete Buttigieg over of his refusal to release the police department phone recordings.

ABC 57 talked to Valarie Kroeger from the Indiana Secretary of State elections division to find out if the mayor could be removed from office and, if so, how?

When asked about the possibility of being removed from office, the mayor did not seem too concerned about it. The mayor said he understands that people are looking to him for answers, but he said he just does not have them.

For weeks, pressure has been mounting as local activists continue to demand answers from the mayor and push to have the tapes released.

Now that the Rainbow PUSH collation has stepped in, the mayor said he welcomes the opportunity to help the group understand the facts. The mayor even said he's confident the coalition will understand the situation and his choices when he meets with them Friday morning.

Though the mayor said he plans to offer up details, the information will be limited just as it has been to the rest of the community -- and he said that's because he just does not have the answers.

However, one answer he does have is whether he thinks this could actually lead to his impeachment.

"No that doesn't even make sense. I don't think even think that procedure is even in the constitution when it comes to mayors. I get that people are emotional and that certain individuals are looking for more information, but I can't provide information that we never had," said the mayor.

The mayor said he has arranged to meet with representatives from the Rainbow PUSH Collation Friday morning at 11 a.m. in his office.