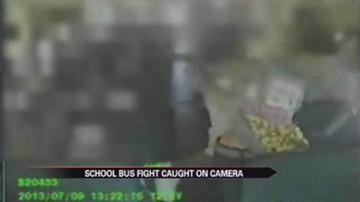 PINELLAS COUNTY, Fla. -- A school bus fight caught on camera is stirring up controversy after the bus driver did not step in.

The bus driver begged dispatch to send help but he never stepped in to break up the fight.

School district policy says the driver is not required to step in.

He will not face charges but police say he could have done more.

"I did all I can. I was looking. It was like I was in shock. I was petrified," said driver John Moody.

"There was clearly an opportunity for him to intervene and or check on the welfare of the children or the child in this case and he didn't make any effort to do so," said Gulfport Police Chief Robert Vincent.

Police say the 13-year-old victim's arm was broken and his money was stolen.

The three teen attackers were charged with aggravated battery.