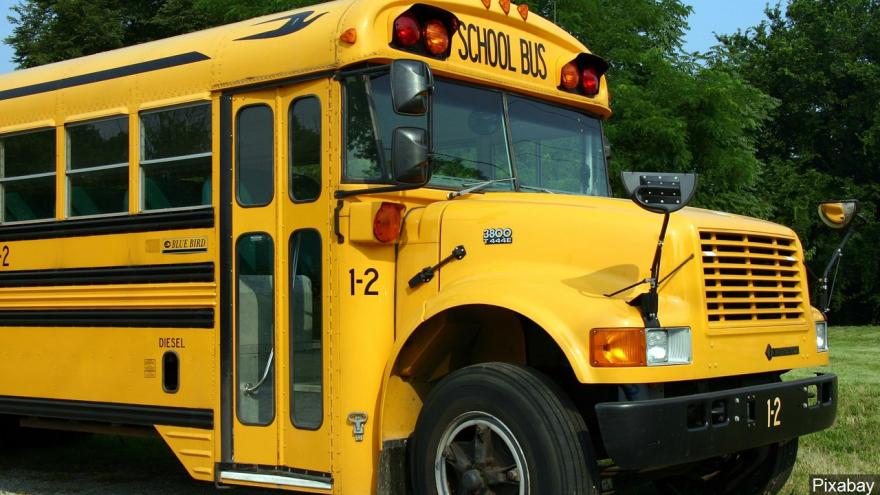 Indiana Senators passed Senate Bill 2 unanimously Monday afternoon. The bill increases the penalties for drivers who fail to stop for a school bus when its stop arm is extended.

The bill was introduced after three students were killed while attempting to board their school bus in October 2018 in Fulton County.

A driver struck and killed Xzavier and Mason Ingle, 6, and their older sister, Alivia Stahl, 9. A fourth student, Maverik Lowe, was seriously injured.

Shane and I are extremely happy excited that the Senate has voted to move this legislation forward to the house for final vote. We wish to thank Senator Head and the entire Indiana Senate for passing this important piece of legislation and want to thank everyone that has been so supportive of our efforts to bring meaningful new legislation to improve school bus safety for all children in Indiana and naming this piece of legislation in memory of our children "MAXSTRONG". We are almost there, but still have work to do to assure this bill passes the House and is put before the Governor for signature. We ask everyone to continue writing, calling and making their voices heard so that the House passes this bill. The MAXSTRONG FOUNDATION that Shane and I have created in memory of our beautiful children will continue to work to bring this and other important pieces of legislation into law as well as help to make sure all Indiana School Busses are equipment with "School Bus Stop Arm Cameras"..

Michael Schwab, the grandfather of Xzavier, Mason and Alivia, released the following statement:

Today we came one step closer to seeing the MAXSTRONG BILL (Senate Bill #2) become law thanks to Senator Randy Head and the entire Indiana Senate who unanimously passed the bill 49-0. The bill now moves to the House for final vote and if passed it will be sent to the Governor to be signed into law. Since October 20th when my grandchildren Mason, Alivia and Xzavier were killed by a vehicle that failed to stop for a school bus stop arm, people from Rochester and throughout Indiana as well as people from across the country have prayed, loved and supported our family to help us through this horrible tragedy. You all rallied around us and supported our efforts to help bring new meaningful legislation forward and without you, today would not have been possible. THANK YOU INDIANA

Our family is happier than words can describe that this bill will now move to the House for vote and it’s a big win for the safety of all children in Indiana that ride school busses, but we are not done yet. We still need your help. We need everyone to continue to call, email and write your legislators in the House to tell them you want them to vote to APPROVE the ‘MAXSTRONG BILL” in memory of “Mason, Alivia and Xzavier.  TOGETHER we will get this important piece of legislation passed and signed into law  to help keep ALL CHILDREN that ride school busses in Indiana safe. Again, THANK YOU to EVERYONE for their continued love, prayers, support and efforts.