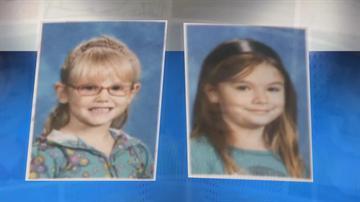 NILES, Mich. - A community is reeling and a school is grieving after a tragic accident Tuesday that left two young girls dead.

Tuesday night 6-year-old Sophia True and 9-year-old Juliana Brown, sisters, were pronounced dead from their injuries in a head-on collision at the corner of M-60 and Leet Road. A third sister, 4-year-old Penelope True, was listed in critical condition Wednesday night.

“We gave them time to cry (and) we gave them time to grieve,” said Howard Ellis Pricipal Michelle Ausmus. Wednesday morning students were told about the accident while several grief councilors were on hand. Sophia was a first-grader at the school and Juliana was a third-grader.

Asmus told ABC 57 News she received a phone call just after the final bell rang Tuesday. Down the street there’d been an accident with two of her students. “I was at the accident scene and finding out who that was, was heart-wrenching.”

According to Michigan State Police the driver was 19-year-old Sarah Michael of Niles. Michael drove through the stop sign and into an oncoming truck on M-60. Michael and the three girls were rushed to Memorial Hospital in South Bend.

A family member of Michael told ABC 57 News that she was a friend of girls’ mother, who picked the three up from school.

“This was an entire family that was impacted by this,” said Asmus.

Michael was released from Memorial Hospital.