Sean Spicer says Melissa McCarthy could dial it back a bit 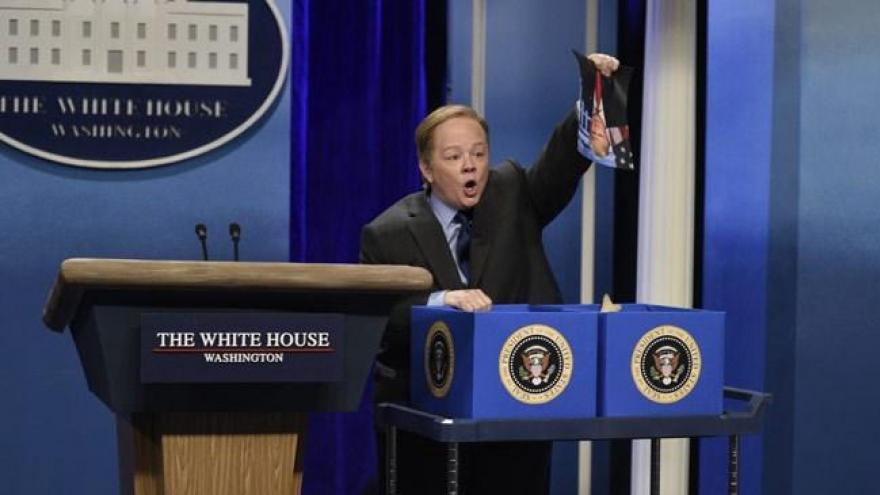 NEW YORK (CNNMoney) -- White House press secretary Sean Spicer has some advice for Melissa McCarthy if "SNL" brings her back to play him again.

He thinks she could dial it back a bit.

Spicer spoke to "Extra" while in Houston for the Super Bowl and said McCarthy "needs to slow down on the gum chewing. Way too many pieces in there."

McCarthy's portrayal of an angry, gum-chomping, "alternative facts"-spewing Spicer during a White House press briefing went viral after it aired Saturday night. Spicer said he was bombarded with text messages.

While Spicer told "Extra" he found the episode "funny," he was less amused by Alec Baldwin's portrayal of his boss, President Trump, on Saturday night.

"Alec has gone from funny to mean, and that's unfortunate," he said. "'SNL' used to be really funny. There's a streak of meanness now that they've crossed over to mean."

Trump has tweeted his complaints about Baldwin's performance since the "30 Rock" actor began appearing as Trump during the campaign.

Fans won't have a chance right away to compare McCarthy's Spicer to the real thing: There's no White House briefing scheduled on Monday.