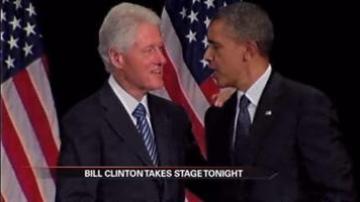 CHARLOTTE, N.C. -- The parade of stars continues Wednesday at the Democratic National Convention.

Republicans says Clinton is a risky choicebecause many voters still wish he was president.

But Chicago mayor Rahm Emanuel says Clinton can do nothing but help.

"That is ridiculous. A former president who is very popular, who will talk and explain about the policies and the parallel tracks that the two presidents have had," Emanuel said.

Local delegates say want to hear from the president

ABC57's sister station from Milwaukee is at the DNC and they caught up with two South Bend delegates, including the mayor.

"He came in with a lot on his plate.. this country was broken and it will take a long time to fix it," Deputy Mayor Lynn Colema said.

Mayor Pete Buttigieg said the experience at the convention has been moving.