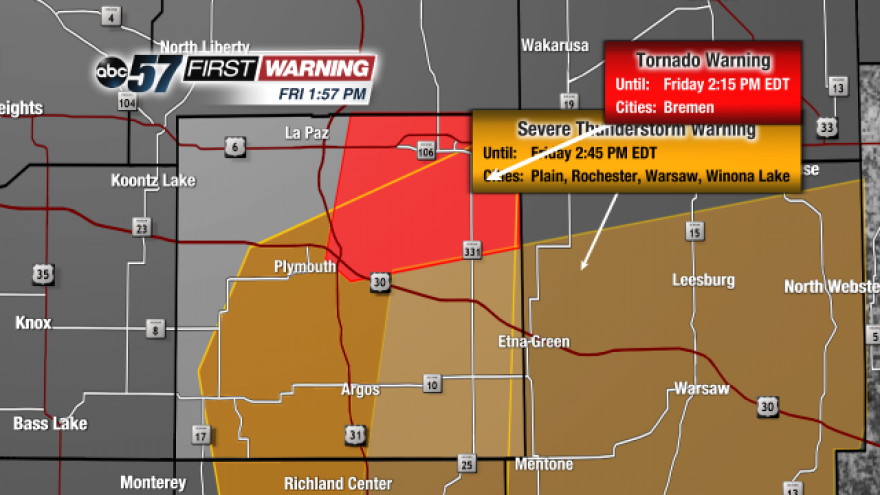 The local National Weather Service office has confirmed that a second tornado did touch down on July 20th. This time, it was in Michiana!  An EF-0 tornado originally formed at about 1:53 PM EDT last Friday to the south and west of Bremen, IN. It traveled 0.5 miles in 2 minutes before lifting off the ground. Peak estimated wind speeds clocked in at 70 mph.

A second tornado has been confirmed from the July 20th 2018 severe weather event in Marshall County. Details: https://t.co/Jg4l9Rt1Dz 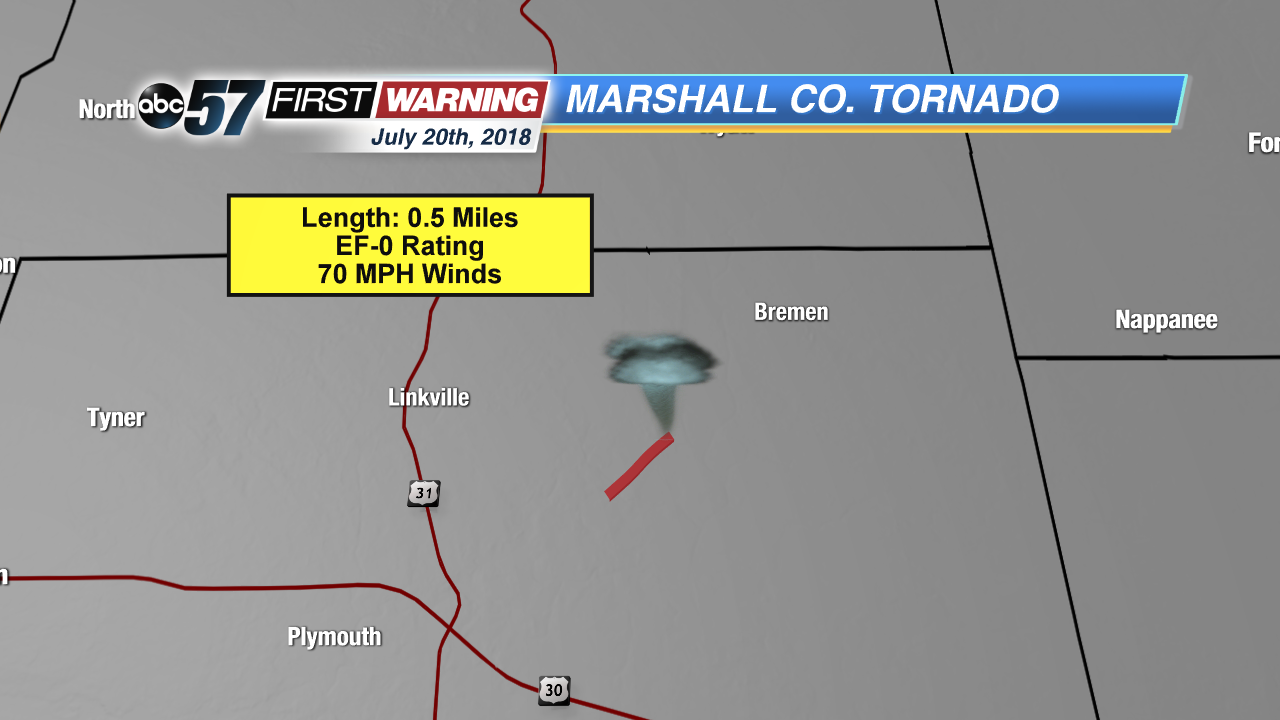 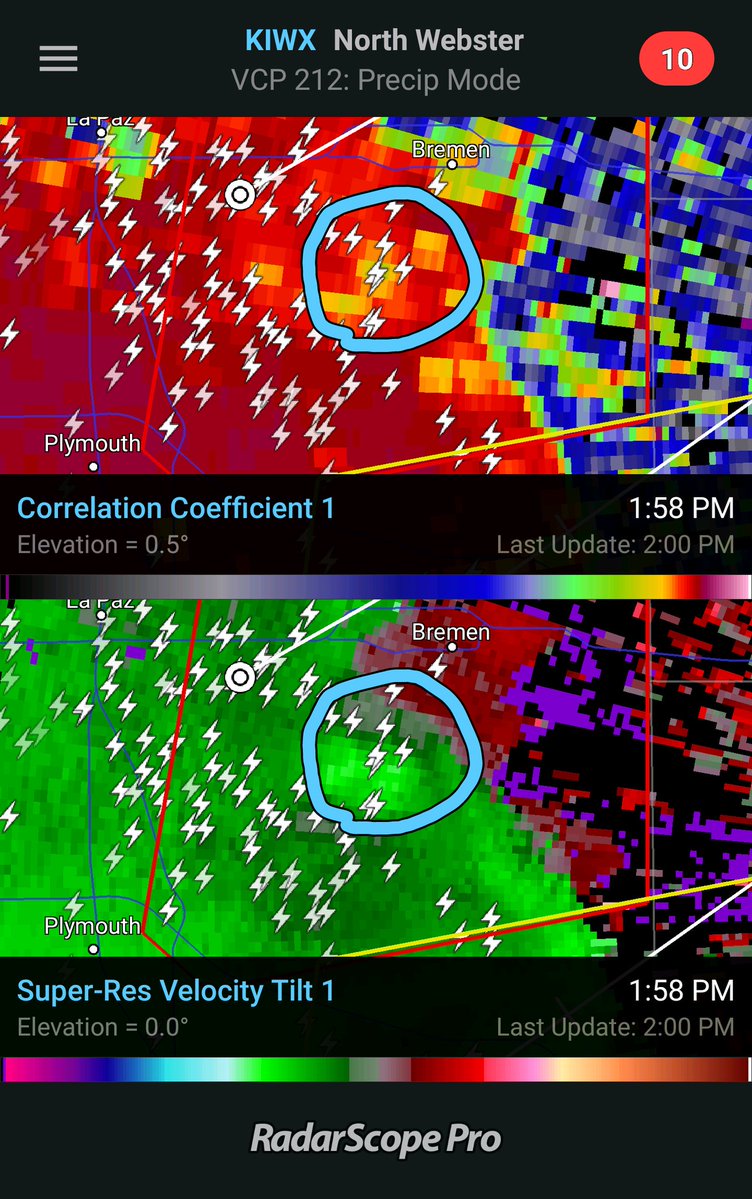 Luckily, there were no injuries or fatalities reported with this brief twister. Some damage to a barn did occur, corn was blown over, and some tree branches were broken along the Issac Sells ditch.

Here is our update to the Wabash tornado: https://t.co/v6aOr7TE1B

Be sure to tune into ABC 57 News at 5 PM! Meteorologist Alex Countee will have more about today's development.