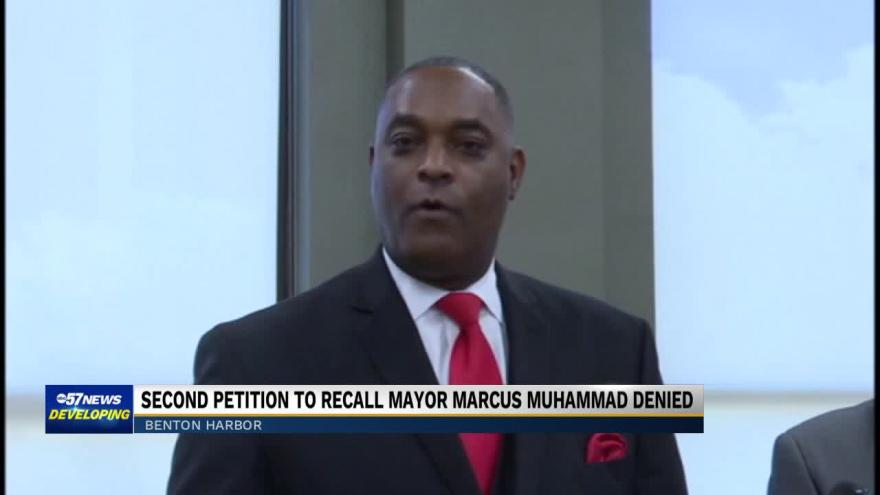 BENTON HARBOR, Mich. -- The second petition to recall Benton Harbor Mayor Marcus Muhammad over the handling of the city’s water crisis has been denied.

The second recall petition was submitted in opposition to Mayor Muhammad's vote to raise the city’s water rates for residents in 2019.

However, a Michigan law states that mayors can only be recalled for issues that stem from their current term in office.

With Mayor Muhammad’s current term beginning in 2020, that law leaves this latest recall petition to be denied.