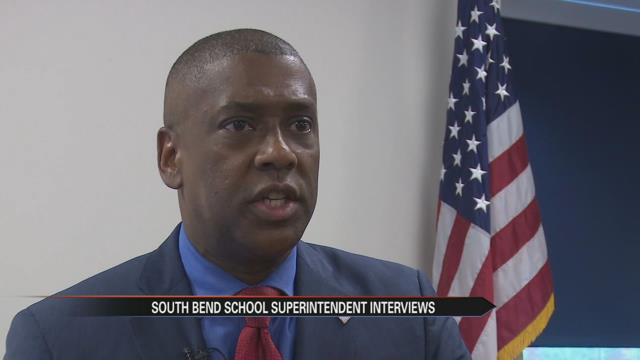 And the candidate in the hot seat says he would work to bring the community together if chosen.

Dr. Kenneth Spells says Michiana could be a long-term investment for him if chosen.

He says heading the district’s top seat would be his final job as he would stay in the corporation until his retirement.

“I’m a problem solver, I’m a superintendent that knows how to get things done,” said Spells.

With decades of experience as an educator all over the Midwest, Spells believes he could also get things done for this district like bringing students back to it.

“Student achievement is our most important thing and having conversations with parents to just sell the district,” he said.

He explained to the school board and the public Thursday, he’s had to solve the problems as an educator 10 miles away from Ferguson at the height of unrest.

“It just helped me as an administrator just grow when dealing with complex issues,” said Kenneth.

And while nowhere near as extreme, members of the community hope the next superintendent can solve the complex issues that reside in this district.

“We’re at a turning point with the charter schools chasing us and I think we got to really get a good leader,” said resident Samuel Brown.

A good leader, the board hopes it can decide on after one last interview scheduled next week.