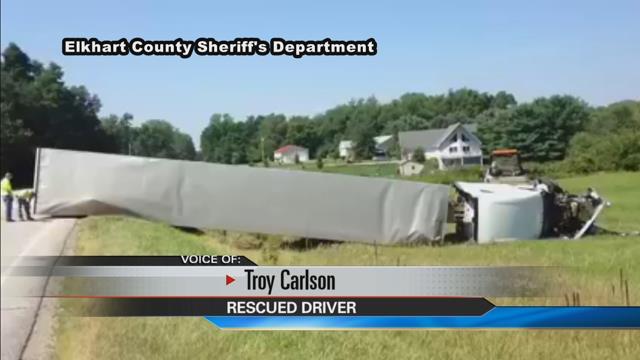 A semi driver crashed on SR 15 near CR4 Tuesday morning when a bird flew into the truck.

The driver, James Robison, was so distracted that he lost control of the truck and ended up overturned on the side of the road.

“I noticed he was swerving to the right into the grass, cut back real hard,” said Troy Carlson, who rescued Robison from the truck. “It was clear that he wasn’t going to make it. That road isn’t very wide, truck started to skid, saw it go over and go hard down into the ditch.”

Carlson says he’s never seen an accident like that before.