Semi overturns on I-94 in Berrien County 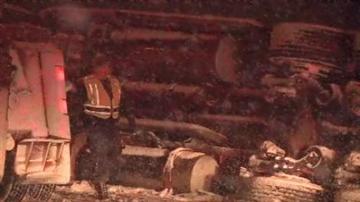 WATERVLIET, Mich. — Snow covered roads made for a chaotic commute in Berrien County.

A semi overturned in the westbound on I-94 just moments after an eight car pile up in the other direction.

"For the last two days we have numerous officers on the road," said Sergeant Jim Campbell of the Michigan State Police. "We have been holding people over on overtime. We have had crashers 24 hours a day for the last two due to the snow and the icy conditions out here."

Police said the conditions were so bad that crews could not remove the semi. But the highway is open in both directions.