Semis collide on I-94 sending debris across two lanes 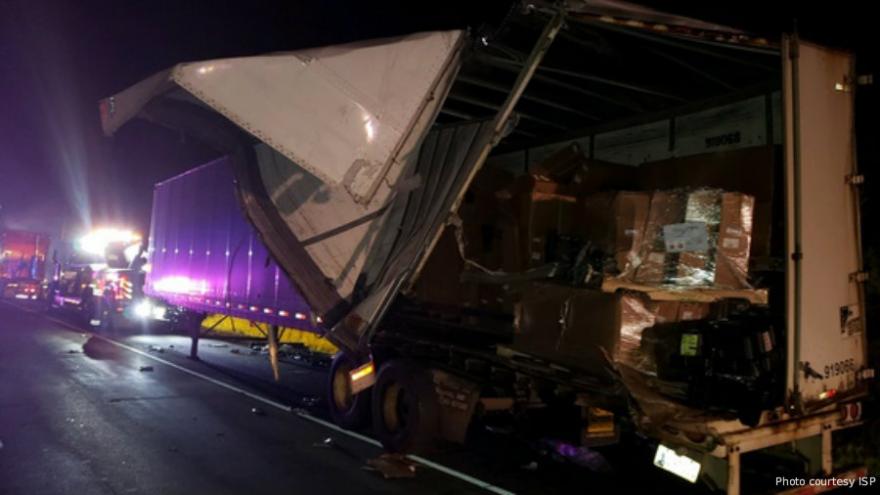 PORTER COUNTY, Ind. -- Two semis collided when one allegedly struck another that was stopped on the outer shoulder of I-94 westbound approximately 1 mile east of the Valparaiso and Chesterton exit on S.R. 49.

According to Indiana State Police, at approximately 2:15 a.m. Nov. 6, a 2019 semi owned by Hawk Transport of Brampton, Ontario pulling a box trailer sideswiped a 2005 semi parked on the outer shoulder.

Mangoleci was parked on the outer shoulder checking on a load, authorities say, and while in the tractor his semi was sideswiped by the 2019 semi driven by 55-year-old Narinder M. Singh. 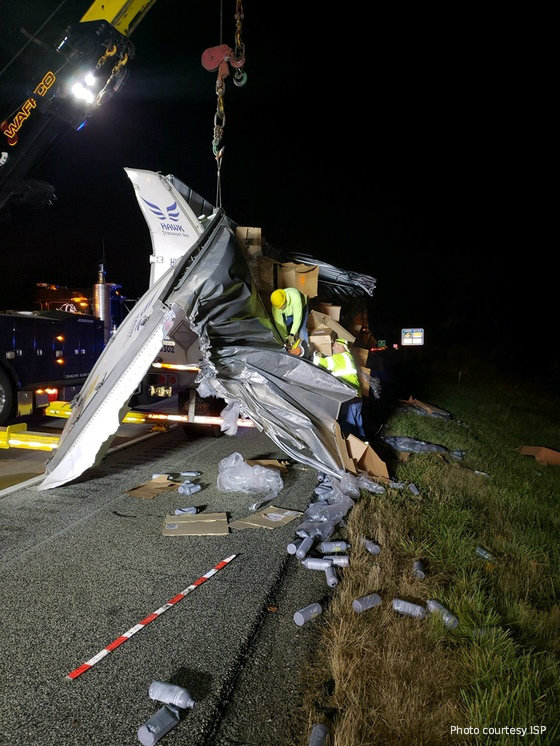 The collision resulted in both trailers being ripped open, strewing cargo including shampoo bottles and debris across the middle and right lanes westbound. 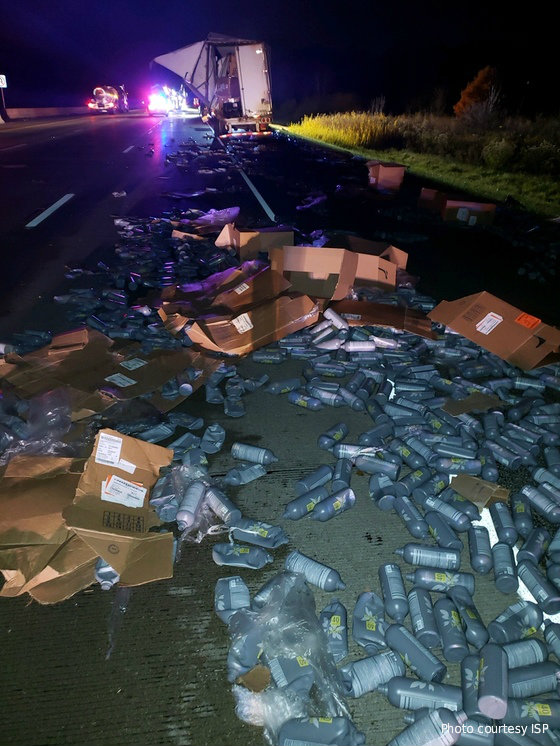 Both lanes were closed for removal of the trailers, 2019 semi and clean-up.

Waffco Towing and ISP troopers assisted at the scene.