Sen. John Kerry on short list for secretary of state 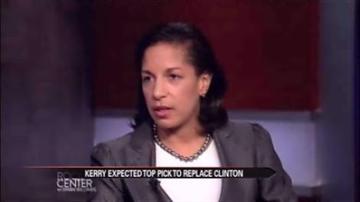 According to ABC News, Massachusetts Senator John Kerry has moved to the top of the president's short list to replace current Secretary of State Hillary Clinton.

The news comes after U.N. Ambassador Susan Rice withdrew her name from consideration.

Ambassador Rice has come under fire for comments on the deadly terrorist attack in Libya that killed four Americans.

Rice said she would have faced a rough confirmation battle and believes that is not what the country needs right now.

Kerry is seen as a safer pick who will now have an easier confirmation process.

Meanwhile, Secretary of Defense Leon Panetta is expected to step down as well.

Former Republican Chuck Hagel is the top choice to replace him.