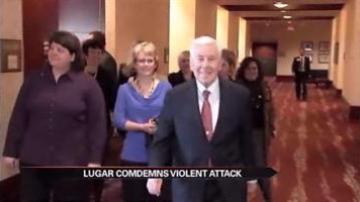 Thursday he introduced a senate resolution condemning the attacks.

Ambassador, Chris Stevens, who was among those killed, worked for Lugar from 2006 to 2007 at the time Lugar was the chairman of the U.S. Senate Foreign Relations Committee.