Sentence reduced for Kosciusko County teen who killed at age 12 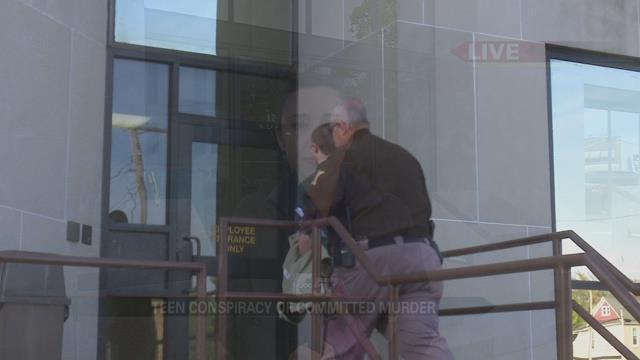 On Friday Paul Gingerich left court with a better deal than his original sentence of 25 years in prison and 5 years of probation. Gingerich will spend some time in an adult facility and the rest on a home detention type program.

Monica Foster, Gingerich’s lawyer, says his family is very supportive and cannot wait to get him back home to Allen County.

The prosecutor drove home the point that Gingerich has a chance at a better life while the family of the victim, Phil Danner, is still dealing with the fact that they’ll never see him again.

Paul Gingerich was sentenced to 25 years behind bars for the murder of Phil Danner, Gingerich’s friend’s stepfather.

His young age inspired a new law, some call Paul’s Law. Under the new legislation an alternative sentence would be considered when the defendant turned 18.

Friday morning you could see just how much 18-year-old Gingerich has grown from his days as a 12 year old boy. Gingerich originally faced 25 years in prison,  but because of a law passed in 2013, on Friday Gingerich’s case was revisited and an alternative sentence handed down.

Many of Gingerich’s future days won’t be inside a prison. On Friday judge Jame Heuer decided Gingerich will spend about 180 days in an adult facility and then supervised house arrest until the year 2020 with 10 years of probation after that.

“On behalf of the victim’s family, the State of Indiana, and my community we would have appreciated Paul to be remaining in the department of corrections for a longer period of time,” says Daniel Hampton, the Prosecutor.
Friday’s decision was hard for the Danner family to wrap their minds around but the prosecutor says there is a silver lining,

“We are also grateful that we are going to monitor his conduct for the next 15 to 20 years,” says Hampton.

Gingerich will be transferred to an adult facility in about two weeks, and because of good behavior and other reasons his attorney says he may only spend 90 days there.