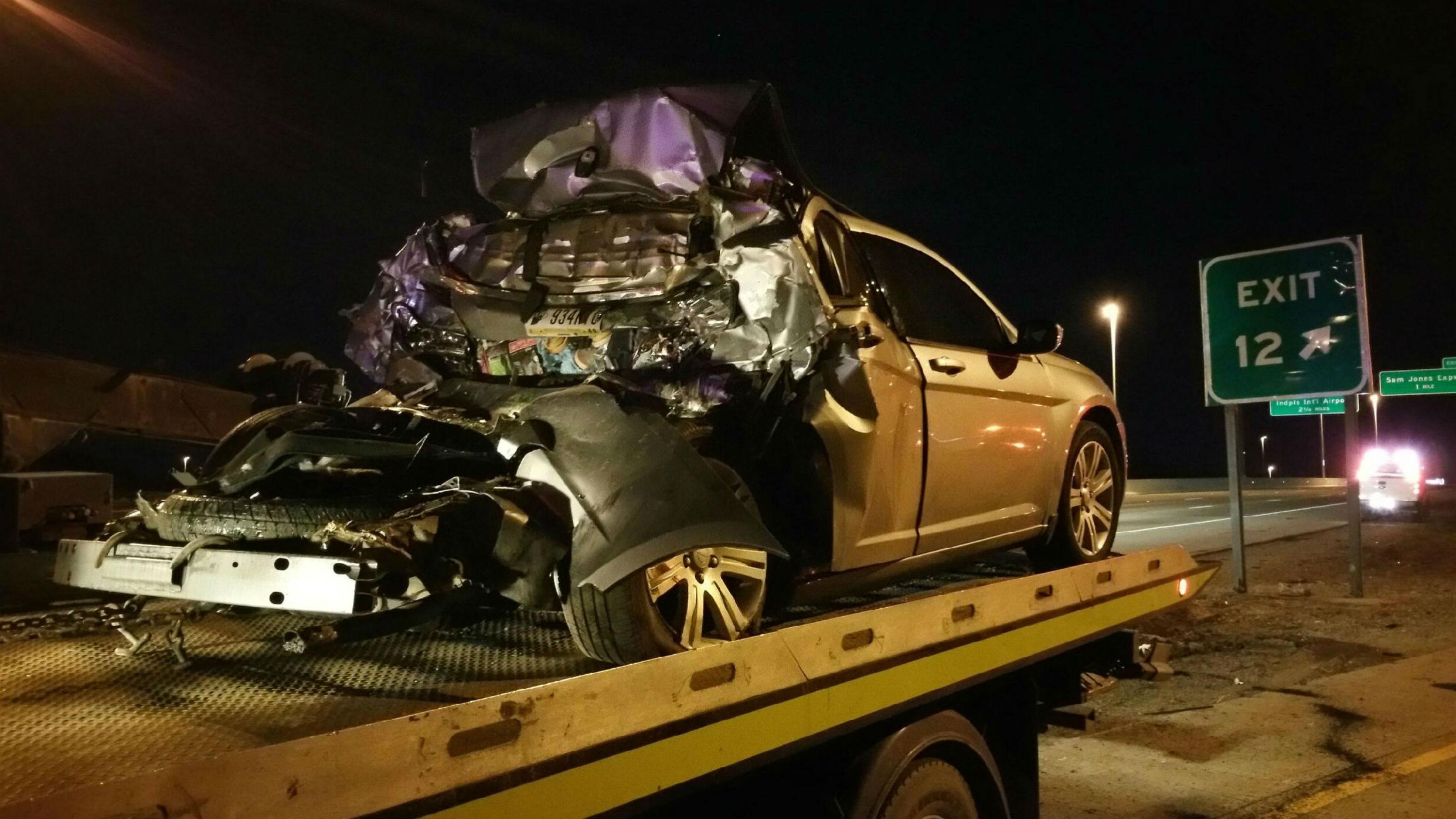 Indiana State Police officers responded to reports of a serious crash on I-465 Saturday night.

Upon arrival, an officer says he located a female who was unresponsive the vehicle.

The officer immediately began life-saving measures and continued to do so until first responders from the Warren Township Fire Department arrived.

28-year-old Chloe Knox of Indianapolis was pronounced dead on the scene by the Marion County Coroner.

There were no other passengers in her vehicle and the driver of the other vehicle was not injured in the crash.

After investigating, police say Knox's vehicle was stopped in the right lane of I-465 and put into park.

Another vehicle then struck the rear of the Knox’s stopped vehicle.

The right two lanes of I-465 were closed for 4 1/2 hours while the crash was investigated.

At this time it is unknown why Knox's car was parked in the right lane and the incident remains under investigation.