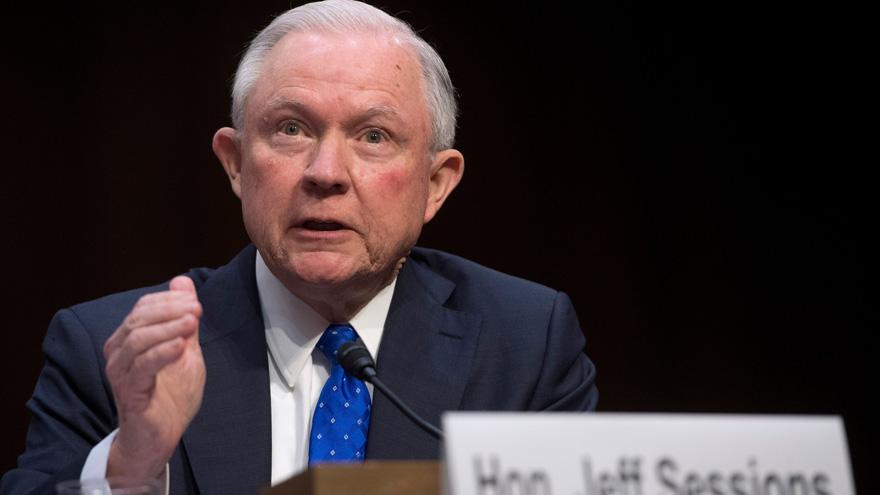 A jury found Jose Ines Garcia Zarate, who had been deported five times prior to the killing of Steinle in 2015, not guilty of murder and involuntary manslaughter charges, as well as assault with a deadly weapon. Garcia Zarate was convicted of being a felon in possession of a firearm, however.

The US attorney general pushed back after the acquittal, calling Steinle's death "preventable" and blaming the sanctuary city policy.

"While the State of California sought a murder charge for the man who caused Ms. Steinle's death -- a man who would not have been on the streets of San Francisco if the city simply honored an ICE detainer -- the people ultimately convicted him of being a felon in possession of a firearm," Sessions said.

Steinle's story has been prominent in Republicans' push for immigration reform -- including a bill passed by the House this summer titled "Kate's Law," which creates harsher punishments for illegal re-entry into the US.

President Donald Trump often cited Steinle's death on the 2016 campaign trail as an example of the dangers of sanctuary cities. Sessions has been critical of sanctuary cities during his tenure as attorney general, and several cities have pursed legal action against the Department of Justice in response.

"The Department of Justice will continue to ensure that all jurisdictions place the safety and security of their communities above the convenience of criminal aliens," Sessions said in Thursday's statement. "I urge the leaders of the nation's communities to reflect on the outcome of this case and consider carefully the harm they are doing to their citizens by refusing to cooperate with federal law enforcement officers."

Speaking after the verdict, Garcia Zarate's chief defense attorney, Matt Gonzalez, noted not only Sessions' previous comments on the case but also sharply warned Trump and others in his administration against commenting on the outcome, equating the case to the investigations into Russian meddling in the 2016 elections and possible ties between the Trump campaign and Russians.

"For those who might criticize the verdict, there are a number of people that have commented on this case in the last couple years, the attorney general of the United States, the President and the Vice President of the United States (Mike Pence)," Gonzalez said, "let me just remind them that they are themselves under investigation by a special prosecutor in Washington DC, and they may themselves, soon avail themselves of the presumptions of innocence and the beyond a reasonable doubt standard and so I would ask them to reflect on that before they comment or disparage the result in this case."