Sessions says he plans to testify before Senate intelligence panel 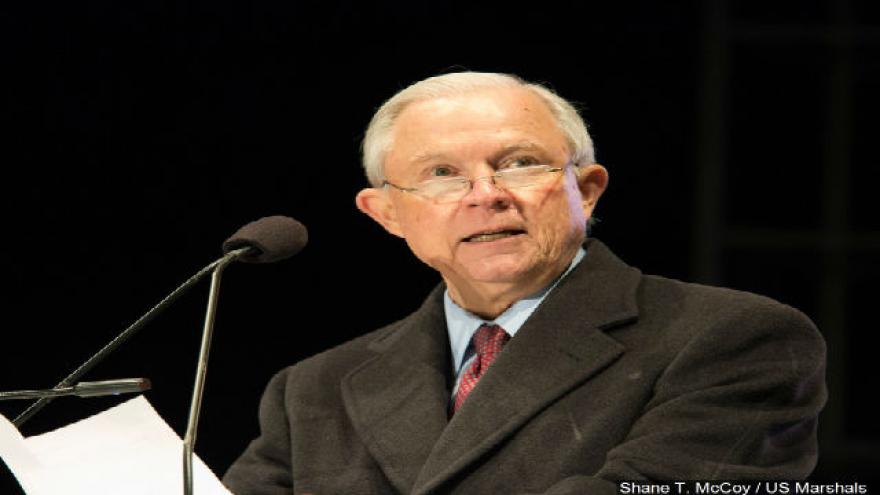 Attorney General Jeff Sessions said Saturday that he plans to testify before the Senate intelligence committee Tuesday, but it was not immediately clear if he would testify in public or private. Photo courtesy Shane T. McCoy / US Marshals

By Tom LoBianco and Laura Jarrett

(CNN) -- Attorney General Jeff Sessions said Saturday that he plans to testify before the Senate intelligence committee Tuesday, but it was not immediately clear if he would testify in public or private.

The move is a prominent switch from his previous plans to testify publicly on the Justice Department's budget and puts him more directly in the firing line over questions about his contacts with the Russian ambassador to the United States and a federal investigation into Russian attempts to influence the 2016 election.

Sessions had been scheduled to testify Tuesday before the House and Senate subcommittees that oversee his department's budget, but Deputy Attorney General Rod Rosenstein will go before them instead, he said Saturday in letters to the chairmen of those subcommittees.

"Some members have publicly stated their intention to focus their questions on issues related to the investigation into Russian interference in the 2016 election, from which I have recused, and for which the deputy attorney general appointed a special counsel, " Sessions wrote.

"The Senate intelligence committee is the most appropriate forum for such matters, as it has been conducting an investigation and has access to relevant, classified information," he added.

Sessions recused himself from overseeing the federal Russia probe three months ago after The Washington Post reported on a pair of undisclosed meetings Sessions had during the campaign with Sergey Kislyak, the Russian ambassador.

In a statement Thursday, however, the Justice Department said Sessions recused himself in light of his participation in President Donald Trump's campaign, and "it was for that reason, and that reason alone."

CNN later reported that congressional investigators have been probing whether Sessions had a possible third, undisclosed meeting with Kislyak.

Former FBI Director James Comey hinted in his public hearing Thursday that Sessions, a former US senator from Alabama, may have had additional contacts with Russians, and said in a closed hearing that investigators had received Russian intercepts detailing a possible third meeting between Sessions and Kislyak, sources familiar with the briefing told CNN on Thursday. But federal investigators have not confirmed the meeting happened, and the Justice Department has denied it occurred.

"The Department of Justice appointed special counsel to assume responsibility for this matter," said department spokesperson Sarah Isgur Flores, referring to the appointment of former FBI Director Robert Mueller to oversee the department's Russia probe. "We will allow him to do his job. It is unfortunate that anonymous sources whose credibility will never face public scrutiny are continuously trying to hinder that process by peddling false stories to the mainstream media. The facts haven't changed; The then-senator did not have any private or side conversations with any Russian officials at the Mayflower Hotel."

Sessions said Saturday that he was accepting an invitation from the Senate intelligence committee, although that was not immediately confirmed. He would likely face questions from senators not only about meetings with Kislyak and subsequent recusal from the federal Russia probe, but also about his involvement with the President's firing of Comey last month considering Sessions' recusal from the Russia investigation, which Comey had been leading.