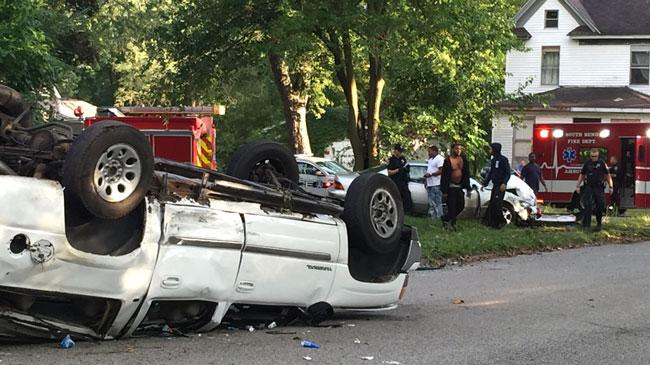 The scene is clear after a rollover crash involving two vehicles that put five people in the hospital Tuesday evening.

Officials say a white Yukon and a gold Lexus collided at the intersection of Dayton Street and St. Joseph Street causing the Yukon to rollover.

It is reported all victims are in stable condition.