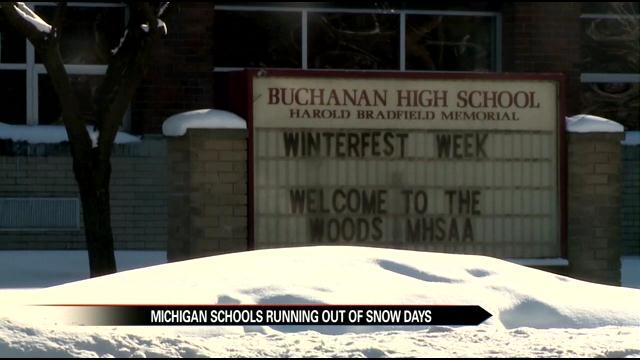 Most schools may have been open Monday, but many across Michigan have already reached the limit of snow days allowed by the state. Public schools in Michigan are given six snow days every year, but schools like Buchanan Community Schools say they've already used all six of those days.

Michigan state law says schools can be closed for up to six days.

But brutal winters, like what we've seen the past two years, have forced many Michiana schools, to go over that limit.

Last year, schools in Michigan took an average of nine snow days, and this year, Buchanan has nearly reached that number again.

Normally the districts make those days up in the summer, but that can cause challenges for planning, costs, and vacation.

So now, Michigan lawmakers don't think six snow days is enough. That's why the state is considering increasing the number of snow days.

And while students may not mind the extra days off, administrators aren't so sure.