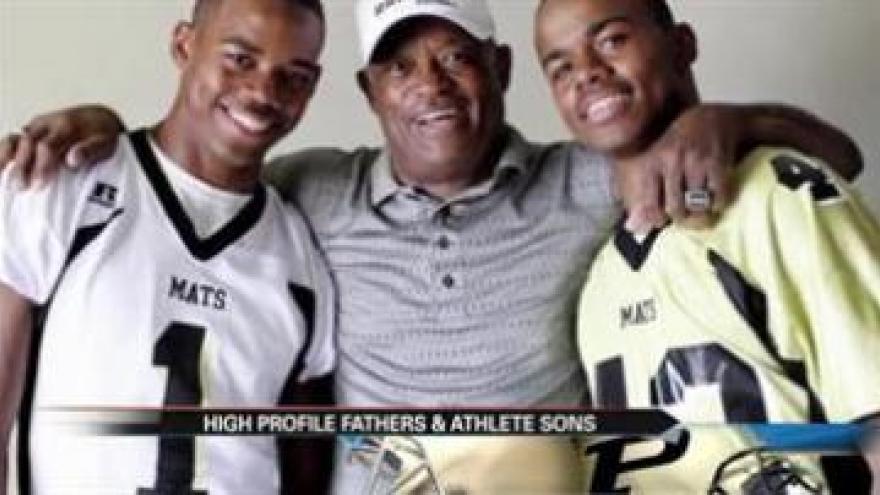 SOUTH BEND, Ind. -- Every successful parent hopes their child will follow in their footsteps and there's quite a few on Notre Dame's football team that are doing just that. Not all of the players are following their father's path to fame, they're paving the way for themselves.

Not everyone can say their father is a celebrity, but there's a few of the Fighting Irish that can.

Bongiovi comes to Notre Dame as a top athlete in lacrosse and football from Poly Prep in Brooklyn, New York.

He came to South Bend from San Antonio, Texas where his dad, David Robinson, a.k.a. the Admiral, played basketball for the Spurs.

But with a father who is more than seven feet tall, people are wondering if Corey will grow any taller during his time at Notre Dame.

Senior safety Austin Collinsworth's dad, Cris, played in the NFL as a wide receiver for the Cincinnati Bengals.

Head Coach Brian Kelly has said throughout the season having these guys on his team hasn't once caused any disruptions or rifts.

He says they fit in quite well to the Notre Dame family.