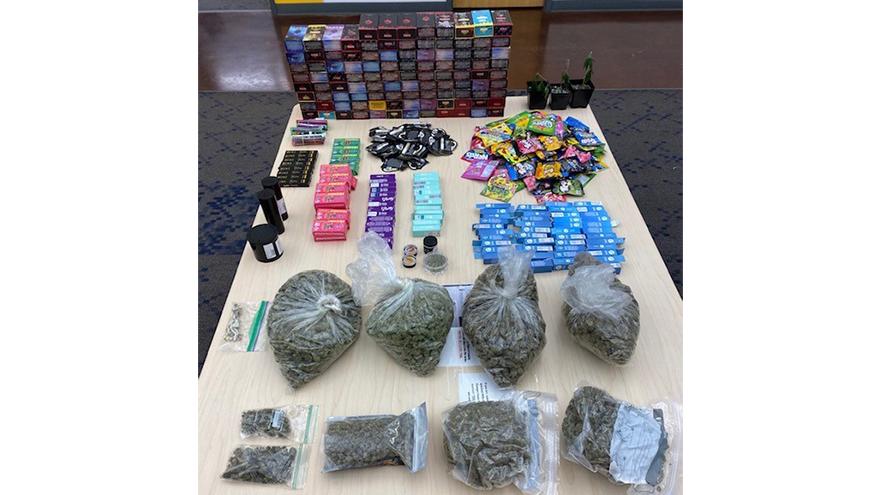 ELKHART COUNTY, Ind. -- Two people were arrested after an officer located several pounds of marijuana and THC edibles in a vehicle traveling on the Indiana Toll Road Sunday evening, according to Indiana State Police.

Around 10:30 p.m., a trooper conducted a traffic stop on a 2019 Ford Escape after it committed a moving violation in the eastbound lanes near the 104 mile marker, police said.

While speaking with the driver, 22-year-old Victoria Townsend, the trooper smelled the odor of marijuana and saw marijuana in plain view, reports said.

A search of the vehicle led to the seizure of several plastic bags with suspected marijuana, a plastic bag of psilocybin mushrooms, two duffle bags with THC edibles and other THC products and three marijuana plants, according to police.