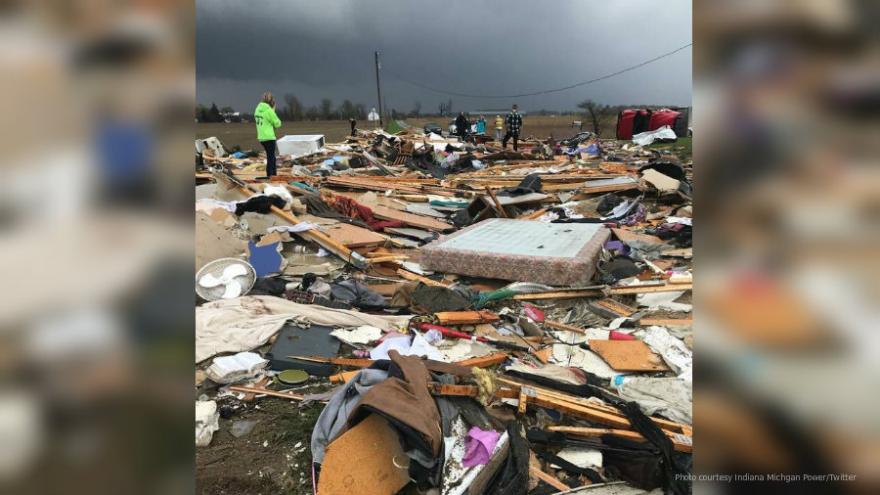 According to WPTA in Fort Wayne, reports of serious structure damage, downed power lines, and debris followed a tornado warning in the area of Dunkirk and Portland, Indiana which approximately one hour south of Fort Wayne.

WPTA says a tornado was indicated in those areas as well near Lima, Ohio where 8 people were said to be injured.