A round of strong to severe thunderstorms rolled across Michiana late Wednesday night. Some of them were more intense than others with winds gusting as high as 60-80 mph according to radar. 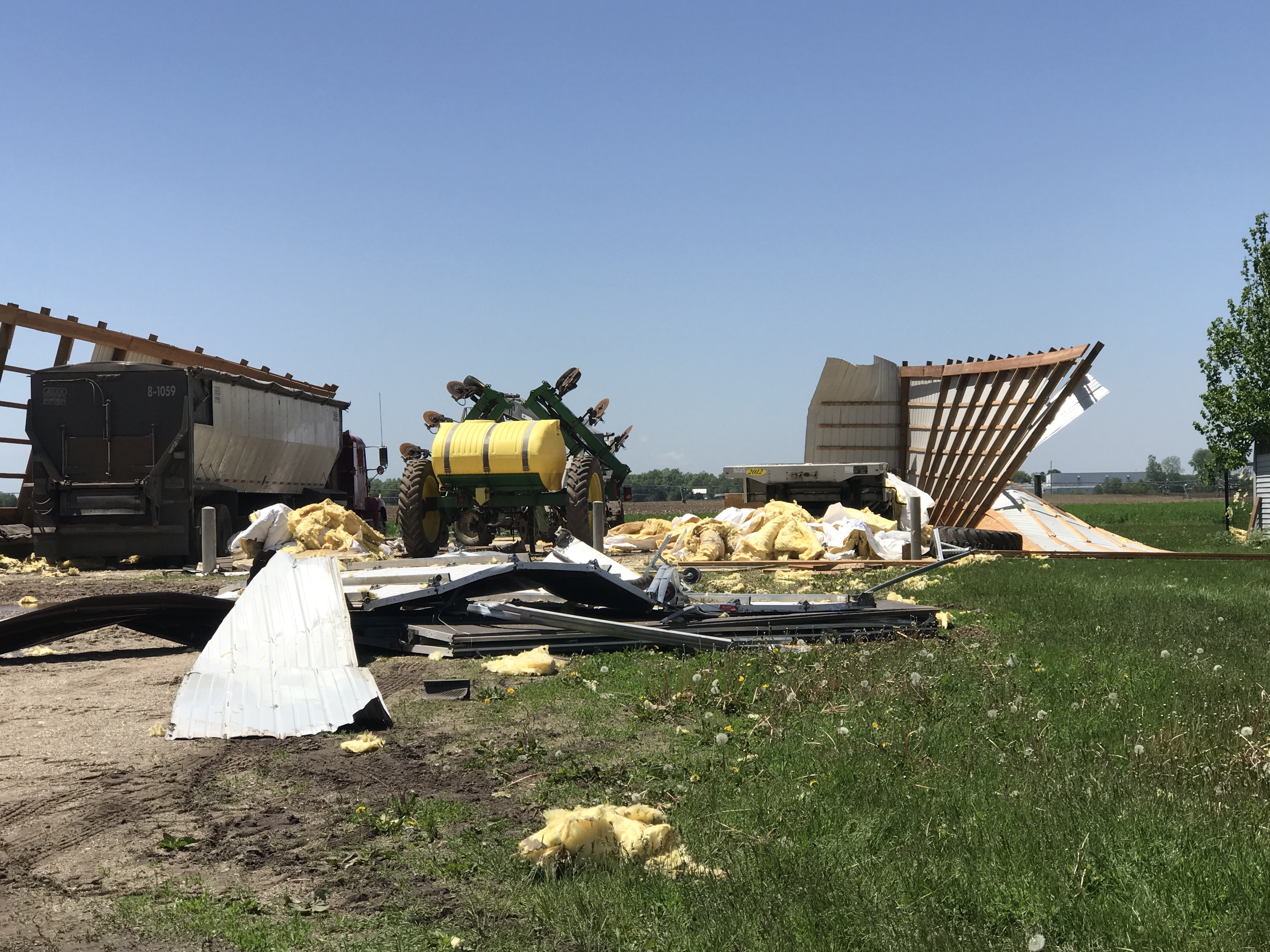 One of the hardest hit areas was Howe in northern LaGrange County. That’s where all of the photos in this article were taken. The entire town of Howe is without power as of 6 p.m. Thursday evening, and power isn’t expected to be back until Saturday morning at the earliest and Monday at the latest. That’s according to multiple residents in the area. 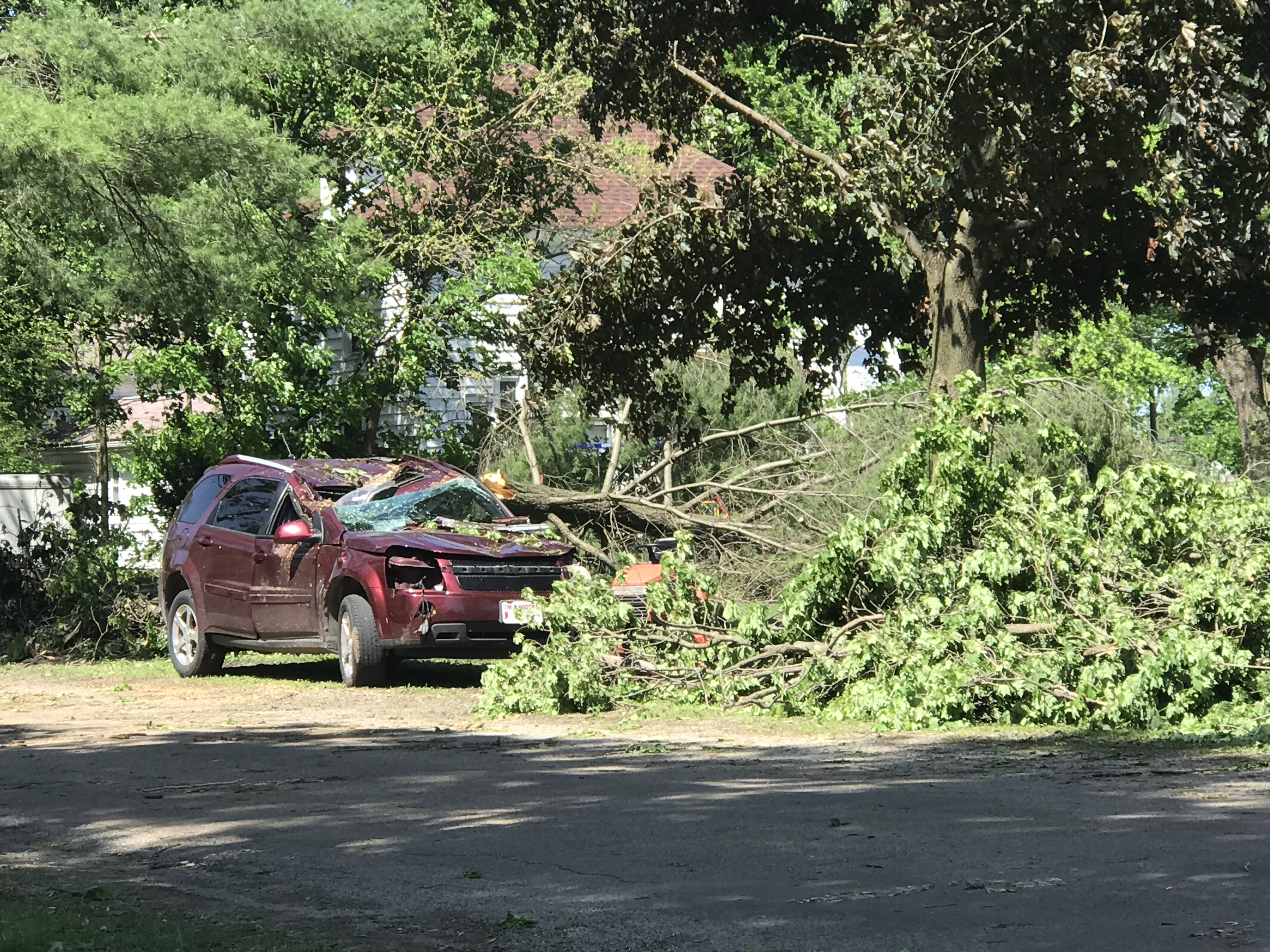 According to some, these particular storms were the worst and most intense they’ve witnessed in their time living in Howe. That includes Tommy Milham, who was sleeping when a large tree was uprooted and landed on this home. The porch was essentially destroyed and some minor gutter damage occurred. 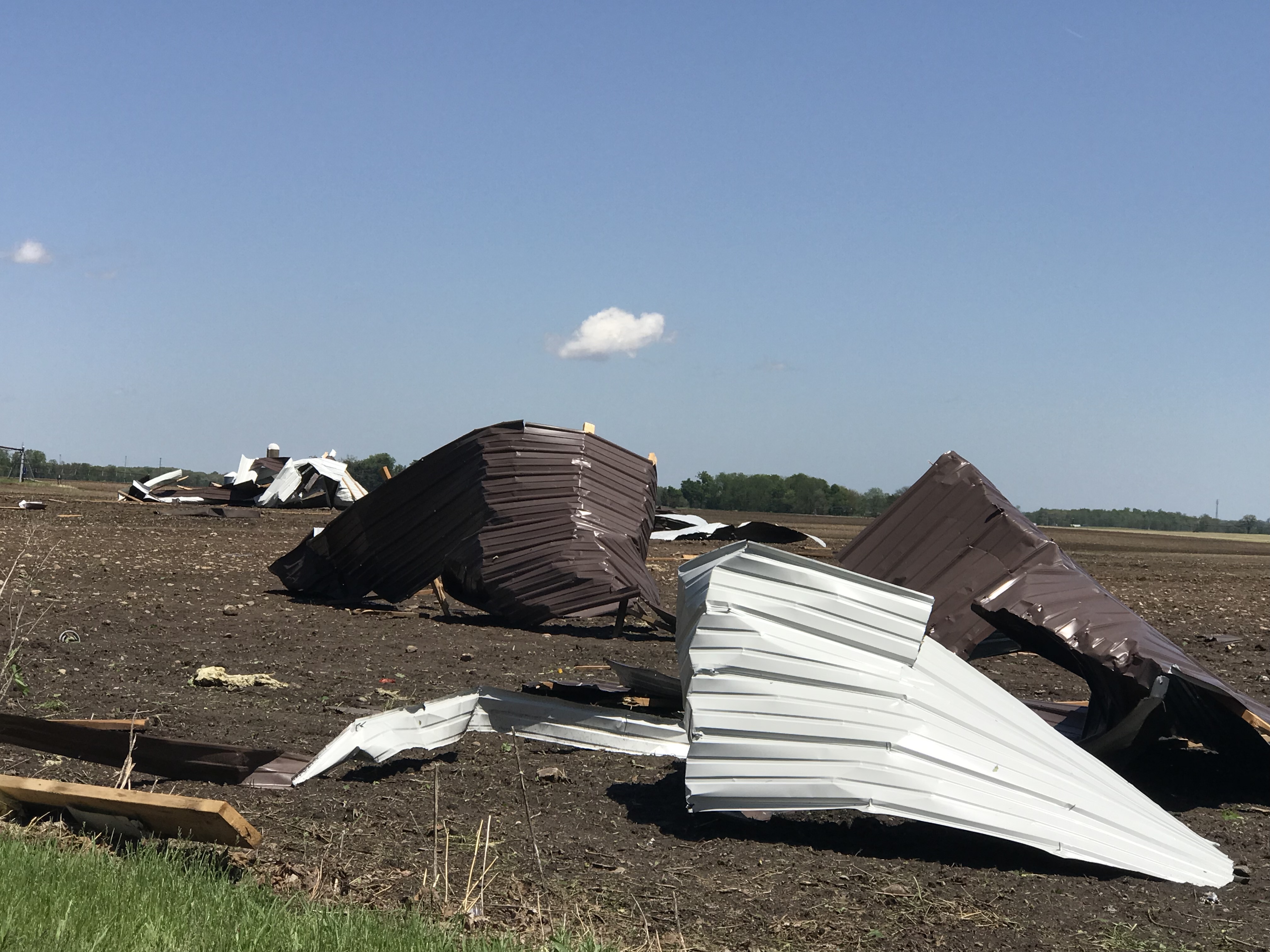 Some of the worst damage occurred in the heart of the town, and just to north and northeast of Howe. That’s where an entire large barn was destroyed. A significant amount of the debris from that barn was sent hundreds of feet and even hundreds of yards away. 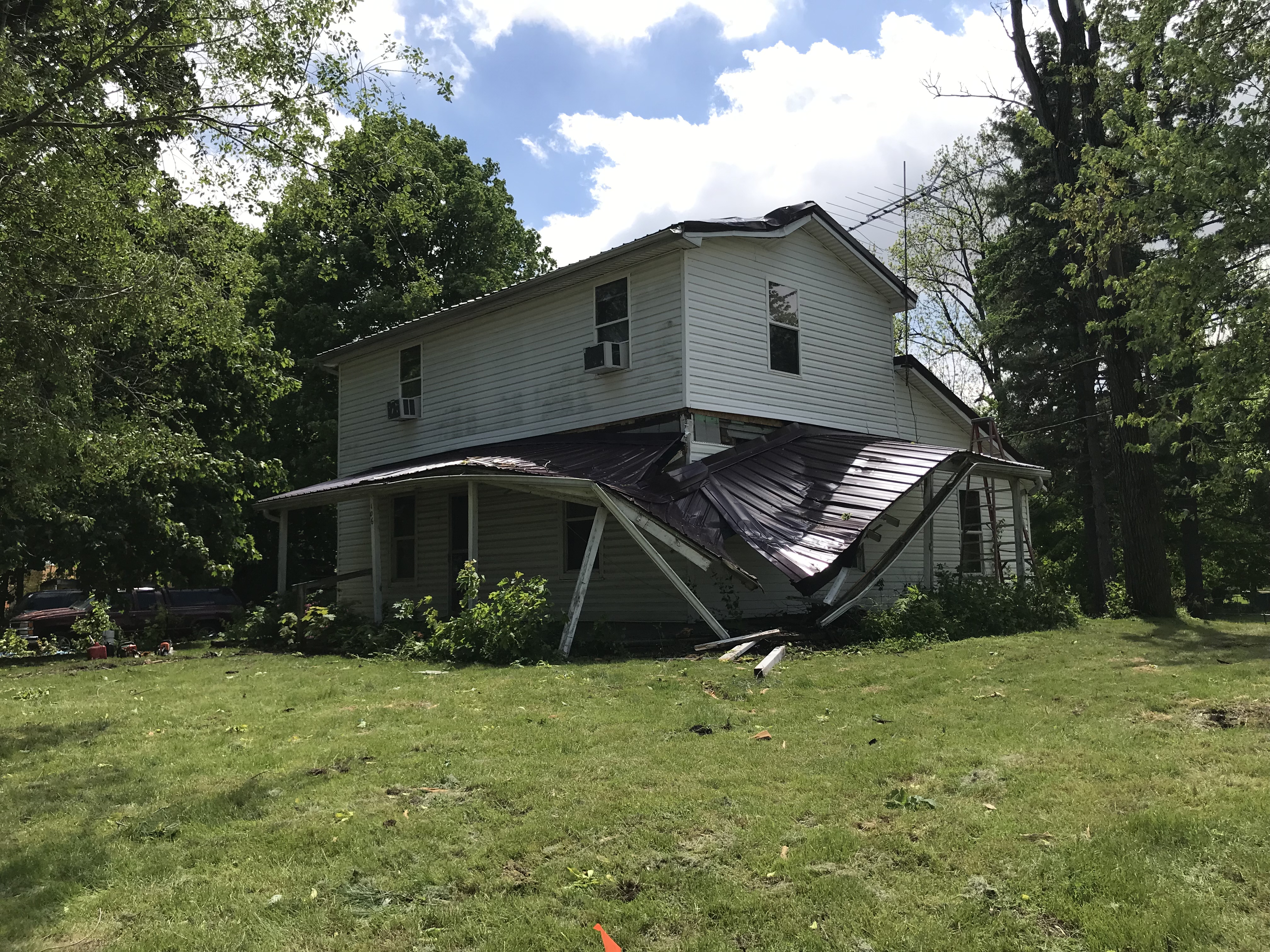 The north side of town is also home to a pair of baseball fields. One of the fields saw substantial damage to its dugouts. One dugout had its roof completely taken off and its cinder block walls knocked down. The other dugout saw its roof get taken off and shattered as debris was carried hundreds of feet to the northeast. 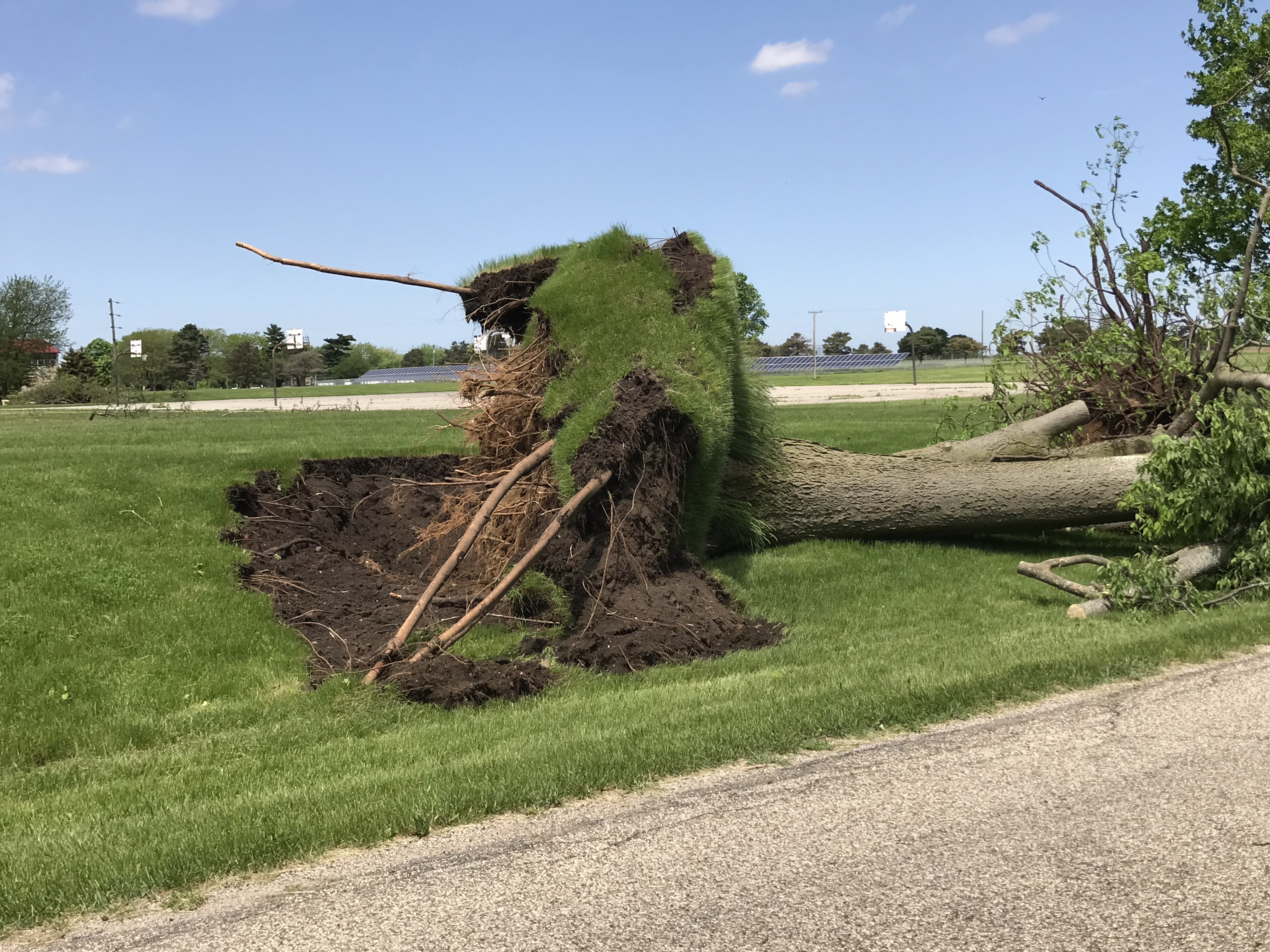 A few other structures and homes were damaged throughout the town, but the more noticeable damage was the number of trees that were snapped or completely uprooted. Everywhere you look in the town is a tree that is either snapped or uprooted. Looking ahead, there are additional chances of thunderstorms that could be strong to severe through the weekend.
Share this article: