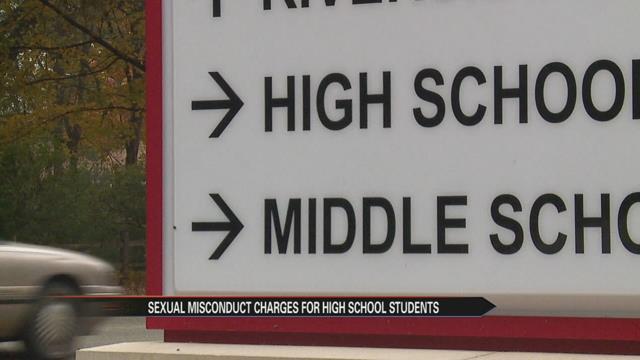 An initial report was filed with police by the school on October 6, 2015 after the principal learned of the gatherings and how one incident went wrong.

Chief Honeysett says one of the students involved reported something happening to them that they didn’t want.

The parties happened at a private home, not on school grounds. No other details are being released at this time.

“It’s such a long, convoluted, and involved complaint,” says Chief Honeysett. “It was almost playing, gone too far.”

Chief Honeysett wants parents and students not to worry because he says this was an isolated incident.

“This was a group of friends,” says Chief Honeysett, “We don’t think there are predators out there looking for their children. Not at all.”

Brheea Grindstaff is a graduate of Constantine Schools and her 15-year-old sister is currently a freshman at the high school.

“Something is going on. I need to know what’s going on,” says Grindstaff.

Grindstaff says she enjoyed her time at Constantine Schools and she’s happy her sister is getting an education there, but she’s worried this investigation is distracting.

“It’s taken my sister’s focus off of school,” says Grindstaff.

Chief Honeysett says the initial investigation is complete. Meaning, it’s now up to the prosecutors in the case to take it to the next step.

As of Tuesday, the identities of the students, the number of students involved, and the exact account of what happened in this incident is unknown.