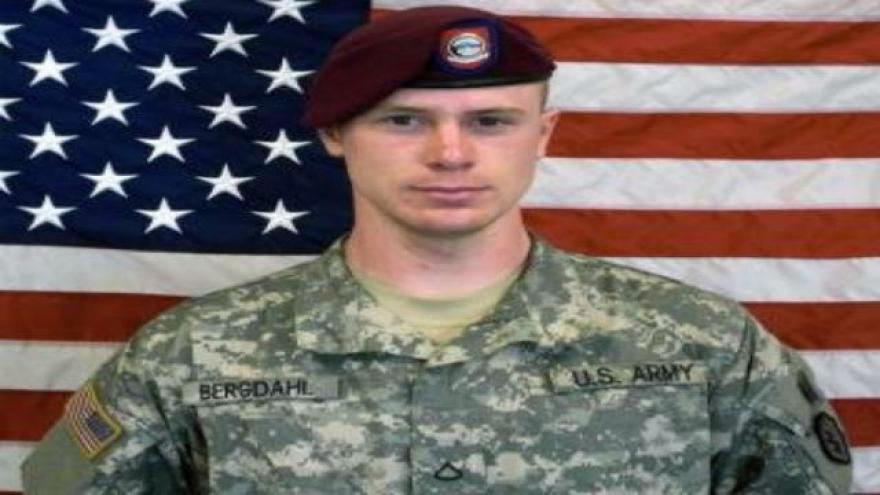 Bergdahl said he deserted to try to report a critical problem in his command. Photo courtesy U.S. Army

(CNN) -- Sgt. Bowe Bergdahl spent five years held captive by the Taliban. And depending on the outcome of his sentencing hearing, he could spend the rest of his life behind bars.

Bergdahl, 31, pleaded guilty last week to misbehavior before the enemy and desertion. His sentencing hearing was scheduled for Monday, but was postponed until Wednesday due to an attorney's family emergency.

Bergdahl deserted from his outpost in Afghanistan in June 2009. Hours later, he was captured by the Taliban. He was eventually released in a controversial prisoner swap in exchange for five Guantanamo Bay detainees.

During a hearing last week, Bergdahl told the judge, Army Col. Jeffery R. Nance, that he was trying to reach the base from where he was dispatched.

Bergdahl said he wanted to report "a critical problem in my chain of command," but did not specify what that problem was.

"I left my observation post on my own," Bergdahl told the judge last week. "I understand leaving was against the law."

The judge said Bergdahl faces up to life in prison.

During his five years in Taliban captivity, Bergdahl made "somewhere between a dozen and 15 escape attempts," he told the judge last week.

Bergdahl previously described the torture he endured, which included months chained to a bed and years either locked in a cage or chained on all fours.

After five years, the Taliban released Bergdahl in a prisoner swap for five detainees at Guantanamo Bay. At the time, President Barack Obama cited a "sacred rule" in attempting to rescue American service members -- no matter the circumstances surrounding their capture.

"We still get an American soldier back if he's held in captivity. Period. Full stop. We don't condition that," Obama said at the time.

Since then, Bergdahl has been called both a traitor and a hero.

In 2015, an Army Sanity Board evaluation said Bergdahl had schizotypal personality disorder. That information was included in the hundreds of pages of documents that Bergdahl's defense team released on a website called The Bergdahl Docket.

He said the military has an open-door policy for service members to voice concerns about chains of command, so Bergdahl had no reason to desert.

"He was a coward nine years ago when he deserted, and I think he showed he's still a coward," Full said. "He refuses to take responsibility for his actions."

Those actions, Full said, jeopardized the safety of other service members.

"He literally put thousands and thousands of people's lives at risk just so he could go and want to complain for whatever transgressions he thought happened or didn't happen," Full said.

The prosecution has said it intends to call two soldiers and a Navy SEAL who they say were wounded during the search for Bergdahl.

But the Army general who led the investigation into Bergdahl's actions in Afghanistan testified that jail time for him would be "inappropriate."

Maj. Gen. Kenneth Dahl said he did not find any evidence to corroborate reporting that Bergdahl was sympathetic to the Taliban."

And Terrence Russell, who debriefed Bergdahl while working for the Department of Defense's Joint Personnel Recovery Agency, said the sergeant suffered "horrific" conditions while in Taliban captivity.

"An army of one, he had to fight the enemy alone for four years 11 months," Russell testified in 2015. "You cannot overestimate how difficult that is."

On Sunday, Eugene Fidell, Bergdahl's civilian defense attorney, would not share with CNN whom the defense plans to call as a witness during the sentencing phase of the trial.

Trump: Bergdahl 'should be shot'

During the 2016 presidential campaign, Donald Trump said Bergdahl "should be shot" for walking off his post.

"In the good old days, he would have been executed," Trump said.

After Trump took office, Bergdahl's lawyers argued the judge should dismiss the charges because of Trump's comments, claiming Trump violated Bergdahl's due-process rights and saying it would not be possible for Bergdahl to get a fair trial.

In an exclusive interview obtained by ABC last year, Bergdahl said he didn't think he would be able to get a fair trial after Trump's comments that he should be shot.

"We may as well go back to kangaroo courts and lynch mobs. They got what they wanted," Bergdahl said. "People who are to the point of saying, 'Yeah, just shoot him' -- you can never convince those people to change their minds."