Shellie Zimmerman does not file charges against George 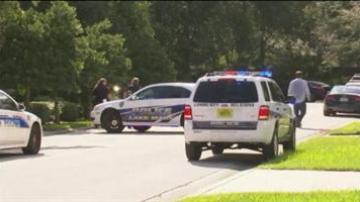 FLORIDA -- George Zimmerman's wife is not filing charges Tuesday after a domestic dispute escalated at their Florida home.

Nearly two months ago, Zimmerman was acquitted of murder in the shooting death of 17-year-old Trayvon Martin.

Shellie Zimmerman called 9-1-1 Monday claiming George was threatening her family with a gun.

In a news conference Tuesday, police said the officers who arrived on the scene did not find a gun on him.

"We took him down at gunpoint and we searched him physically there was no weapon nor was there any weapon involved. Nobody ever saw a gun. A gun is definitely not a part of any evidence in this particular case," said Zach Hudson of the Lake Mary Police.

Police also said Monday that they are trying to pull video from a badly damaged iPad Shellie used to record the fight.

She said George smashed it during the argument.