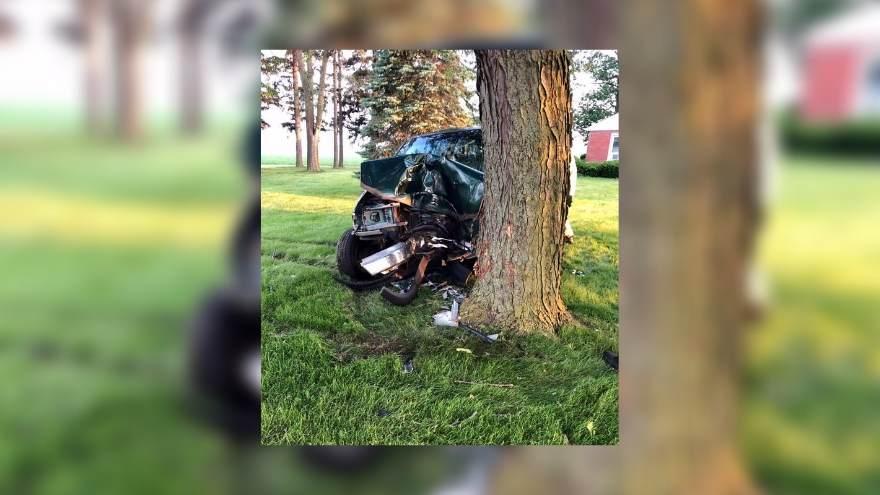 LAPORTE COUNTY, Ind.—The LaPorte County Sheriff’s Office is investigating a single-vehicle crash that resulted in a fatality on June 30.

On Sunday around 5:16 a.m., deputies responded to a single-vehicle crash in the 4400 west block of S.R. 8 in rural Prairie Township.

A deputy arrived to find a green Ford F-150 pickup truck in a residence’s lawn near a large tree.

The male driver and lone occupant, Lewis J. Hunt, 55, of North Judson, was found trapped inside of the truck. Hunt was pronounced deceased at the scene, police said.

The investigation showed that Hunt was traveling east on S.R. 8 when, for unknown reasons, the pickup truck traveled off the of south side of the road before re-entering the road, crossing the center line, and driving into the residence’s lawn before striking a large tree, police said.

Police do not believe alcohol played a role in the crash.