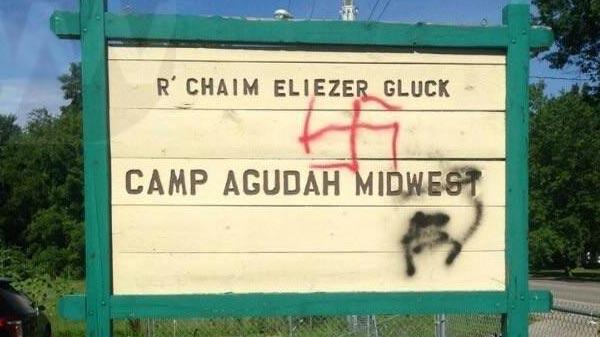 The Van Buren County Sheriff’s Office has identified four people who they believe are were responsible for painting swastikas on equipment, signs and a vehicle at Camp Agudah in South Haven, Michigan.

The vandalism included swastikas and other graffiti painted on signs, equipment, a vehicle, building and picnic table.

The sheriff’s office identified the suspects through their investigation.

None of the suspects were arrested related to the case, but the 20-year-old was arrested on an outstanding warrant.

The sheriff’s office says they recovered the paint cans they believe were used.

The investigation is continuing and the Van Buren County Prosecutor is reviewing the case.