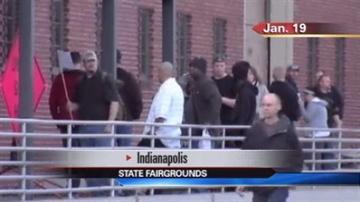 INDIANAPOLIS -- On Saturday, gun supporters across the country celebrated National Gun Appreciation Day. But at a gun show in Indianapolis, there was a shooting.

Officials at the fair in Indianapolis said only one person was injured. A man accidently shot himself.

Loaded guns are not allowed inside the gun show. Police officers put a zip-tie on the devices to block them from being able to fire, but that wasn't enough for one man who shot himself in the hand.