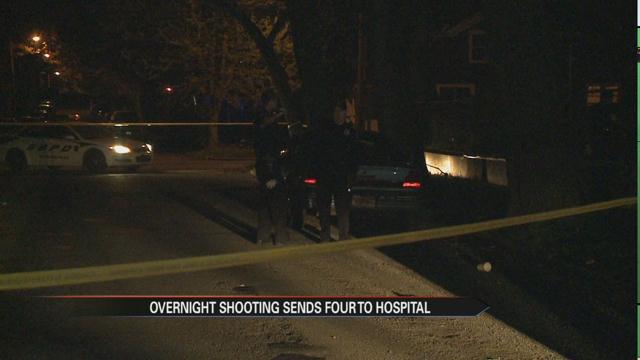 A shooting happened in the early morning hours on Sunday in the Southwest side of South Bend.

Officers received the call just before 2 a.m. and were dispatched to the 600 block of William Street.

When they arrived on scene, they found that four people had been injured due to the shooting.

Those people were taken to Memorial Hospital and treated for non-life threatening injuries.

As of 7:30 a.m. officers were still on the scene working to collect and process evidence.

The investigation of this shooting is on-going and the motive has not been determined.