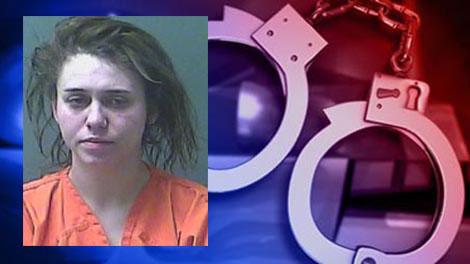 Ashley J. Arndt, 22, is accused of paying for some items in her cart, but not paying for $902.36 worth of merchandise.

At the La Porte County Jail while she was being booked on the theft charge, officers found two different types of medication for which she did not have a prescription, according to reports.

She was additionally charged with two counts of possession of a scheduled I-IV controlled substance.