Shoppers nervous after man is stabbed at outlet mall 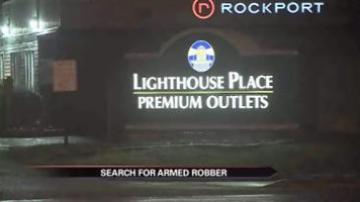 MICHIGAN CITY, Ind. -- Police in Michigan City are increasing patrols at the popular Lighthouse Place outlet mall after a man was stabbed there Wednesday.

Most shoppers ABC57 spoke to didn’t even know it happened.

“I didn’t hear anything about that, but that does make me nervous,” said Natasha Householder.

But Wednesday, it turned into one shopper’s nightmare.

A 70-year-old man was stabbed at the outlet mall when robbers tried to steal his wife’s purse.

Now, Michigan City Police along with mall security are increasing patrols throughout the rest of the holiday season.

ABC57 asked Lighthouse if any other security measures were changed.

Their response: “Throughout the holiday season we have a very detailed security plan at the center, however it is in the public’s best interest that we do not discuss or disclose any enhanced security measures and procedures in place.”

But some shoppers say this incident will make them a little more cautious.

Police arrested two people in connection with the stabbing.

The victim is now recovering after having surgery.
Share this article: