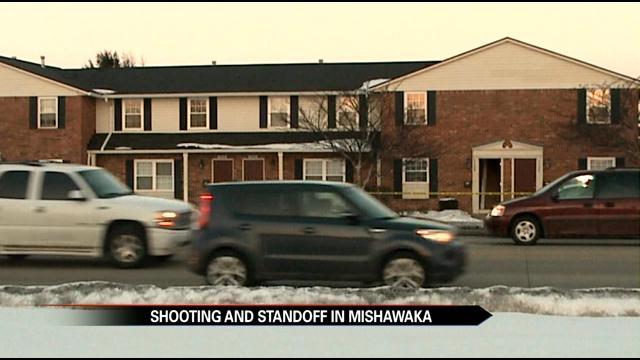 Gunshots were fired outside Addison Apartments on Main Street in Mishawaka around 4:30 Friday afternoon.

When police got to the scene they found a man had opened the door to his apartment and fired a shot.

Will Trozzy and his son Vinny were driving by the area and witnessed the incident.

Trozzy said when they first pulled up they saw an officer with a rifle drawn.

At this time no arrests have been made.