Show will go on for local band after thieves steal instruments 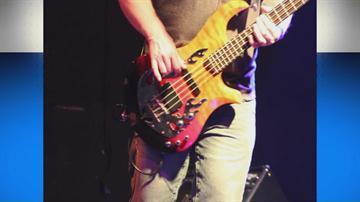 ELKHART, Ind. – Full Circle, a Michiana rock band with a growing fan base, wasn’t making music on Wednesday after thieves stole a number of instruments and equipment from one of the member’s home.

Sometime around 6 or 7 on Wednesday morning somebody broke into the home of lead guitarist Steve Craft on the 500-block of North West Boulevard in Elkhart.  Craft thinks at least two people smashed in his back door and made off with some of the band’s equipment.

“Quite a bit of gear was taken,” Craft explained.  “Four guitars, a soundboard, a couple personal items of mine were taken.”

“I’m still in shock to be honest with you,” Craft described.  "We all have day jobs, so the band's our release on weekends, so we don't have all kinds of money to spend on gear."

Elkhart Police are investigating the case. Full Circle is asking fans and people around Michiana to look at pictures of the instruments posted on their Facebook page so they can be on the lookout for the stolen gear.  In the meantime, the band is moving forward.

“We have a gig coming up Saturday (April 14),” explained drummer John Hughes.  “We don’t ever like to disappoint.”

On Wednesday afternoon the band members moved their remaining equipment to a new location and were already making arrangements for replacement instruments.

“We’ve got some generous friends who are helping us out right now,” Steve Craft explained.  “The show is going on.”

The group of friends said they weren’t going to be deterred from making music.

"It's the things that happen that make you stronger, as a family and as a band,” described John Hughes.  “These guys are my family, we just stick together, we'll get through it, it's all good."

The band will be playing their next scheduled gig at the Center Street Pub in Mishawaka on Saturday, April 14.

Anyone with information about the thefts is asked to call the Elkhart Police Department.