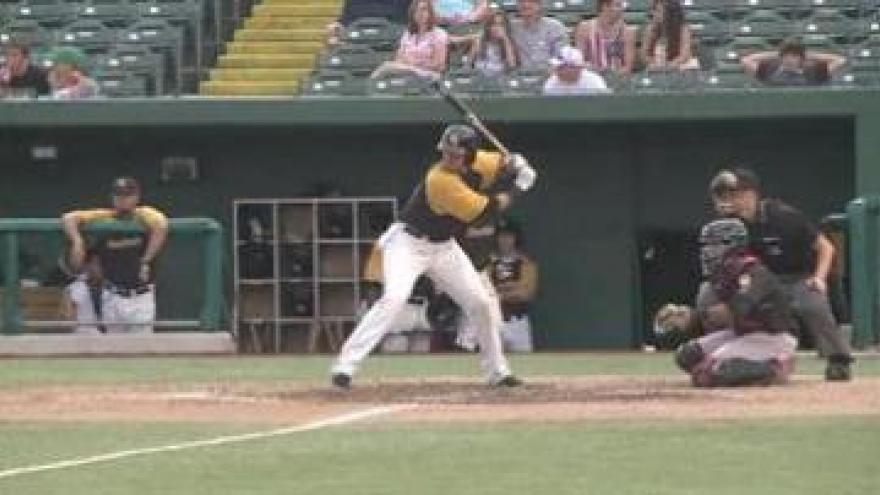 SOUTH BEND, Ind. -- The South Bend Silver Hawks made it to the championship series, but lost Saturday night. It was a disappointment, but the team's president says he's optimistic for the future - and there are many reasons to celebrate.

It's safe to say it has been a big year for the South Bend Silver Hawks.

The team competed in the Midwest League championship series for the first time in 7 years and set attendance records throughout the season.

"This year we drew, including play offs, 245,000 people and you think 2 years ago they only drew 112,000 people. So there have been a lot of changes, a lot of excitement," said Joe Hart, President of the Silver Hawks.

Some of that excitement is the team's new image with Four Winds Field.

But that was just the icing on the cake.

Hart says the larger crowds are also the result of an improving team and much improved facility.

"Kids inflatable area, splash pad, we put the Miller Lite area in for the adults. We really covered everything so you don't have to be a baseball fan to enjoy a night out at the ball park," said Hart.

This year wasn't just about the ballpark.

Silver Hawks games drew in crowds of up to 300,000 to downtown South Bend.

"It's exciting for us because we said when we came in that we wanted to help stimulate downtown, we wanted to be a good community partner. And with that hopefully it will lead to new developments around the ball park as well," said Hart.

Hart says the Silver Hawks still have a long way to go but so far he's happy with the overall impact.

"We've really been able to make a lot of physical changes to the ball park but also getting the community excited about coming back down here," said Hart.

Right now we are about 200 days away from opening day next April.

Next season fans will notice even more changes to the field, like a new three-story party tower.