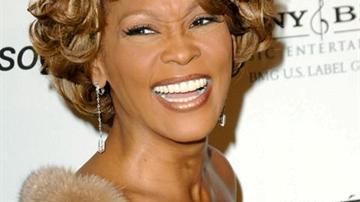 Whitney Houston, who rose to stardom in the 1980s as bright as her clear, soaring voice, has died her publicist said. She was 48.

Publicist Kristen Foster told The Associated Press that Houston had died, but said the cause and the location of her death were unknown.

Houston was among the biggest stars of pop music in the 1980s and early 1990s, and her crossover into film in “The Bodyguard” and “Waiting to Exhale” put her on top of the entertainment world. But a long struggle with drugs put her career in eclipse for a decade.

She attempted a comeback in 2009,  but she was unable to quiet the rumors that she was using drugs again.

Houston first admitted to using drugs in a two-part interview with Oprah Winfrey in 2009.

She called her ex-husband Bobby Brown “her drug,” saying that she “didn’t do anything without him.”

She also said marijuana laced with cocaine was their substance of choice, and they “would have ounces” of cocaine available at all times.

“You put [cocaine] in your marijuana, you lace it, you smoke it,” she told Winfrey.

Houston talked about the drama and abuse that defined her relationship with Brown.

Houston’s response: “I took the phone and I hit him over the head with it,” she said.

Her appearance on “Oprah” was her first major television interview since 2002, when she talked to ABC’s Diane Sawyer.

Sawyer asked Houston at the time about ongoing drug rumors that had started in 2000, when airport security guards found marijuana in Houston and Brown’s bags at a Hawaiian airport. The singer alluded to having used cocaine, pills and marijuana — but drew the line at crack in what turned into an infamous rant.

“First of all, let’s get one thing straight,” she told Sawyer. “Crack is cheap. I make too much money to ever smoke crack. Let’s get that straight. Okay? We don’t do crack. We don’t do that. Crack is wack.”

In August 2009, Houston released “I Look to You,” her first studio album in seven years. Talking about why she took a break from the music industry, Houston told Winfrey, “It was too much. So much to try to live up to, to try to be, and I wanted out.”

“I Look to You” sold 304,000 copies in its first seven days on the market, sending Houston back to the top of the charts and giving her the best debut week of her career.

In 2010, Houston launched her “Nothing but Love” world tour. Though some said Houston’s signature voice showed the stress of her ups and downs, she soldiered on, putting on shows in Asia, Australia and Europe even though fans and critics panned her performances.