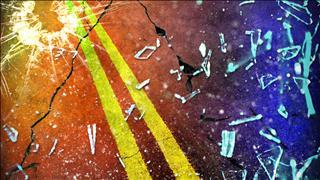 The call came in at 2:34 p.m. about an accident just south of Teasdale Lake Street in Porter Township.

Deputies say 19-year-old Jesus Arrey of Kalamazoo, Michigan was heading south on M-40 when he attempted to pass an R.V. in a no passing zone.

Deputies say Arrey was traveling at a high rate of speed when passing the other vehicle.

Arrey swerved to miss an oncoming vehicle and ran off the side of the road.

Both Arrey and a passenger, 22-year-old Latasha Osborn of Kalamazoo, Michigan were injured in the crash.

They were taken to Elkhart General Hospital for treatment.

Alcohol does not appear to be a factor.