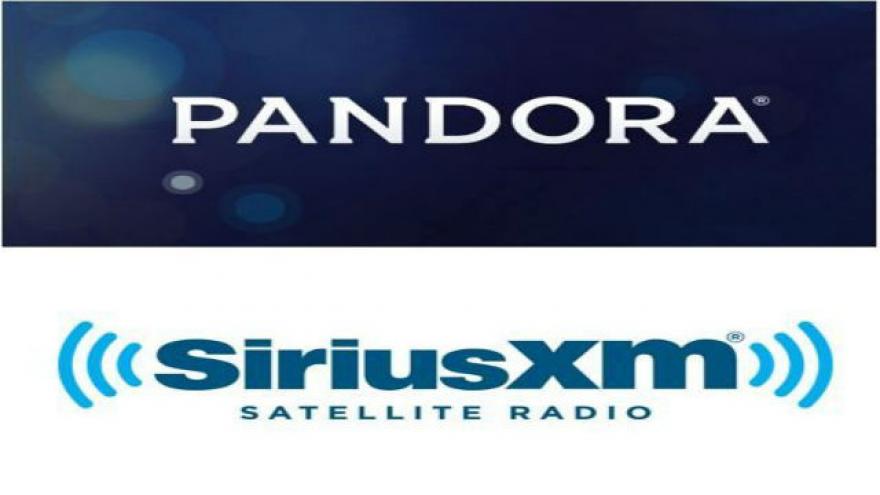 SiriusXM announced Friday that it was buying $480 million worth of convertible preferred shares in Pandora, an investment that will eventually give Howard Stern\'s employer a 16% stake in Pandora. Photo courtesy Pandora/Sirius XM

NEW YORK (CNNMoney) -- Satellite radio king SiriusXM is making a big investment in streaming media service Pandora -- but it's not taking over Pandora as many had thought it would.

SiriusXM announced Friday that it was buying $480 million worth of convertible preferred shares in Pandora, an investment that will eventually give Howard Stern's employer a 16% stake in Pandora.

Shares of Pandora rose nearly 6% on the news. In a separate announcement, the company said it would be raising even more cash by selling its Ticketfly unit to Eventbrite for $200 million.

Pandora also said it was terminating a previous agreement to receive an investment from private equity giant KKR as a result of the SiriusXM deal. Pandora will pay KKR a $22.5 million breakup fee.

SiriusXM and Liberty SiriusXM, the tracking stock for the investment that John Malone's Liberty Media conglomerate has in the satellite radio company, were flat. (Liberty is the majority owner of SiriusXM.)

Pandora's stock is still down more than 30% this year. Pandora is facing intense competition in the streaming world from Spotify, Apple, Amazon and the Jay Z-backed service Tidal.

And the rivalry is expected to get even more heated.

Spotify is rumored to be looking at going public on the New York Stock Exchange through a direct listing -- a backdoor way to selling your stock that avoids the traditional IPO process.

Swift famously pulled her catalog from Spotify in 2014 after the release of her "1989" album. But her songs are now back on Spotfiy, as well as Amazon and Tidal.

But SiriusXM and Pandora both touted the investment as one that would strengthen their companies. SiriusXM CEO Jim Meyer noted that Pandora is a leader in generating ads from streaming music. SiriusXM has very little advertising.

Liberty Media CEO Greg Maffei, who is also chairman of SiriusXM, touted the opportunity to increase ad revenue, saying Liberty has "long recognized the strength of the Pandora brand and the opportunities in the ad-supported digital radio market."

Liberty Media will wind up with three seats on Pandora's board as a result of the deal, including a yet to be named chairman.

It's unlikely that much will change at either Pandora or SiriusXM for consumers. Both services are expected to remain separate.

But since Pandora is remaining an independent company, there could be more speculation about other possible investors. There has been chatter that Verizon would be interested in buying a stake in Pandora if the company did not merge with SiriusXM.