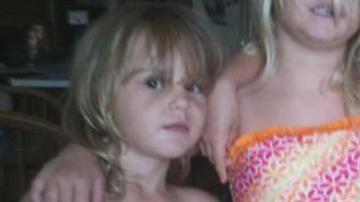 NILES, Mich. - Her two older sisters are dead and now a Cass County girl is fighting for her life.

According to family members, 4-year-old Penelope True was still in South Bend’s Memorial Hospital Thursday. True’s condition was lifted to from ‘critical’ to ‘stable’ Thursday. She is in a medicated coma and recovering from serious head injuries.

True was the only young girl that survived a horrendous accident on M-60 Tuesday afternoon. Her older sisters, 9-year-old Juliana Brown and 6-year-old Sophia True were pronounced dead Tuesday night.

“Those girls were dolls,” said Dar Suran. “They just played out here all the time. The Suran Family is one of only eight families that live on Smith Lake just outside Dowagiac. The three girls’ grandfather, Jim True, lives two docks down from Suran. “We’re close,” he said. “Everybody knows everybody.”

Suran told ABC 57 News he watched the father of the victims, Kirk True, grow up on Smith Lake and his three daughters Juliana, Sophia and Penelope. “I really don’t know what to say other than we’re so sorry that it happened.”

4-year old Penelope was one of the four victims in that car that was rushed to the hospital. According to family members, Penelope will be transported to Riley Hospital in Indianapolis for more medical treatment if she remains in stable condition through Thursday.

“We’re praying for the family,” said Suran. “And praying the little girl, Penelope, will make it.”

Funeral arrangements have been set for Juliana and Sophia at Brown Funeral Home in Niles. The visitation for both sisters begins at 4 p.m. Friday until the funeral at 6 p.m.