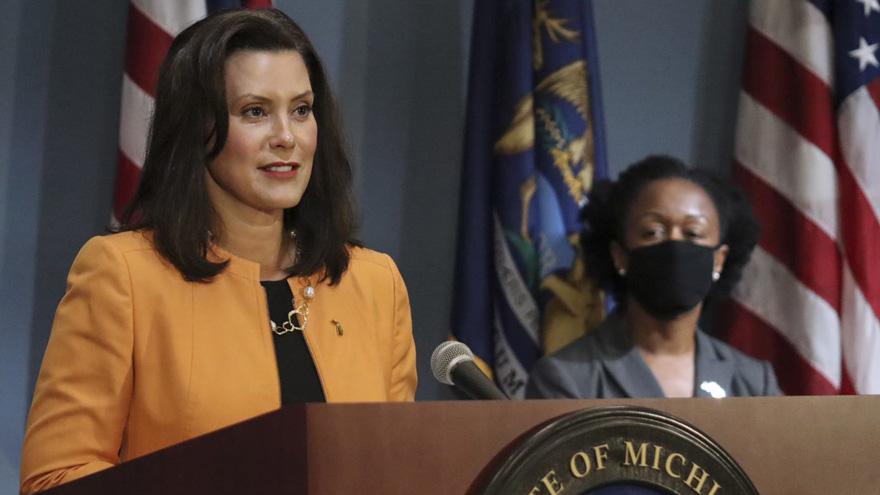 Daniel Harris, Ty Garbin, Kaleb Franks, Adam Fox and Brandon Caserta pleaded not guilty to the indictment in proceedings on Thursday. Each of the defendants has been in custody since being arrested in October, when the plot was thwarted.

Josh Blanchard, an attorney for Barry Croft, who was also indicted in the case, said his client had not yet been arraigned, but had no further comment.

The indictment alleges that between June 6 and October 7, the men conspired to "unlawfully seize, kidnap, abduct and carry away, and hold for ransom and reward" Whitmer, who is a Democrat. Authorities have said the men were planning to kidnap the governor from a vacation home and blow up a bridge to delay law enforcement, but they were arrested first.

The men charged this week were among a group of more than a dozen individuals who had been charged in the case in October. An additional eight people were charged by the state, seven of which are associated with the group "Wolverine Watchmen."

A federal magistrate judge had ruled in mid-October that there was ample evidence of probable cause for Harris, Garbin, Franks, Fox and Caserta to stand trial in the case.

As first reported by The Detroit News, the FBI became aware of the scheme in early 2020 through a social media group, according to the federal criminal complaint.

Court documents say the FBI planted a confidential informant to travel to Dublin, Ohio, on June 6 for a meeting with Croft, Fox and about 13 others.

The case has underscored the political tensions in Michigan that reached new heights as Whitmer faced backlash for restrictions she imposed earlier this year in response to the coronavirus pandemic. Observers have pointed to President Donald Trump's rhetoric toward the governor and her state, including a tweet in which he called on residents to "liberate" the state from the restrictions.