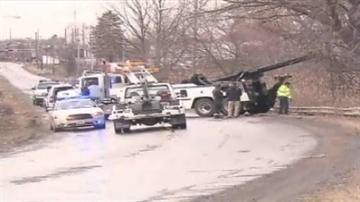 WARREN, Ohio — Six teenagers were killed when an SUV carrying eight people crashed into a guardrail and landed in a pond.

The two other passengers in the vehicle survived the crash and were taken to the hospital.

Ohio State Patrol said their names won't be released until the family members are contacted.