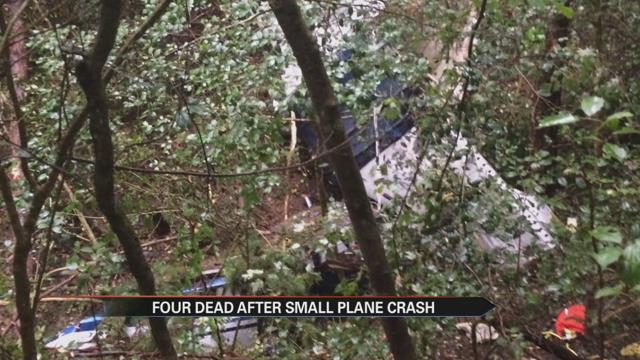 The plane departed from Warsaw and the passengers were on their way to Clemson, South Carolina for the Notre Dame and Clemson game on Saturday.

The plane crashed about a mile away from the destination, which was near Clemson University's football stadium.

The plane left Warsaw Municipal Airport at 11:59 a.m. and was scheduled to land at 3:17 p.m. at the Oconee Regional Airport. Air traffic controllers lost contact with the Piper PA-32 aircraft at about 3:30 p.m.

The crash site was on the banks of Lake Hartwell in Oconee County, South Carolina.

Oconee Regional Airport confirmed that a distress call was made from someone on the plane. Witnesses on both the Georgia and South Carolina side of that lake saw the plane in distress and called 911 also.

"Multiple 9-1-1 callers called in to report seeing a plane go down, but they did not see where it actually crashed," Williams added.

The crash is being investigated by the Federal Aviation Administration and the National Transportation Safety Board.