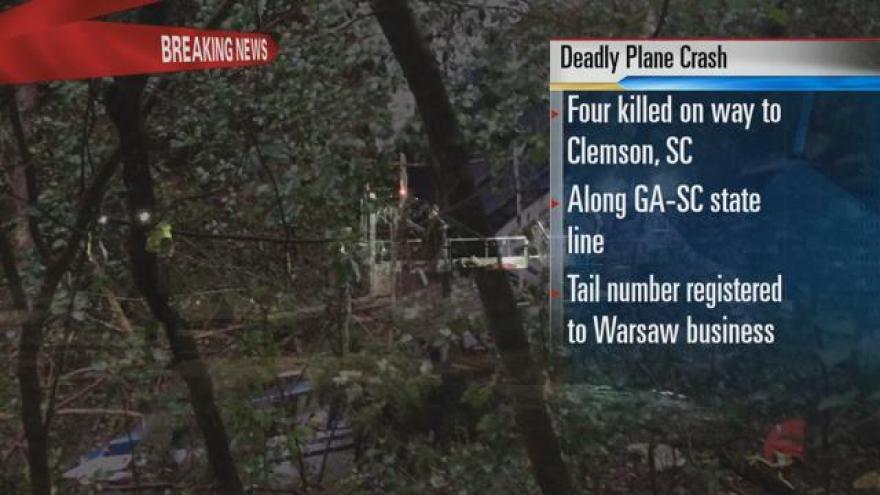 The FAA has released a statement of a reported plane crash in South Carolina.

Law enforcement officials at the scene believe the tail number on the plane traces back to a plane owned by Smith Aviation in Warsaw, Indiana which is owned by Warsaw City Councilman Charles Smith.

There is no confirmation yet as to who was on the plane or why it went down.

The aircraft was, in fact, headed to the airport in Clemson, South Carolina.

The missing piper PA-32 aircraft was found near Lake Hartwell on the Georgia South Carolina border according to the FAA’s report.

According to their statement, air traffic controllers lost contact with the flight around 3:30 p.m. Friday.

Officials say there were four passengers aboard the small plane who are all deceased due to the crash.

The FAA and the National Transportation Safety Board are investigating and the NTSB will determine the probable cause.