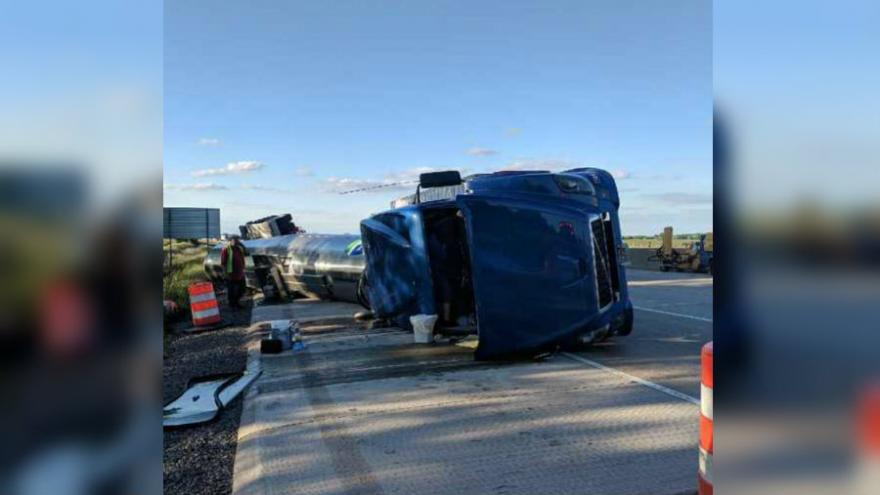 LAKE COUNTY, Ind. – The right lane of I-65 was closed Sunday evening near the Crown Point exit, after a semi driver suffered a “sneezing fit” which caused her to roll her tanker.

Julie Duncan, 55, was headed south bound on I-65 in her 2012 Volvo semi which pulled a tanker trailer.

Duncan claimed she had a “sneezing fit” as she was talking to Siri on her phone.

When she looked up she saw she was heading toward construction barrels and began to swerve to avoid them.

As she swerved sharply to the right, the load shifted which caused the tanker to roll over according to Indiana State Police.

The incident occurred around 6:20 p.m. and it took officials about eight hours to open the right lane back up.

According to officials, Duncan was wearing her seat belt and was not injured. She did receive a citation for Unsafe Lane Movement. 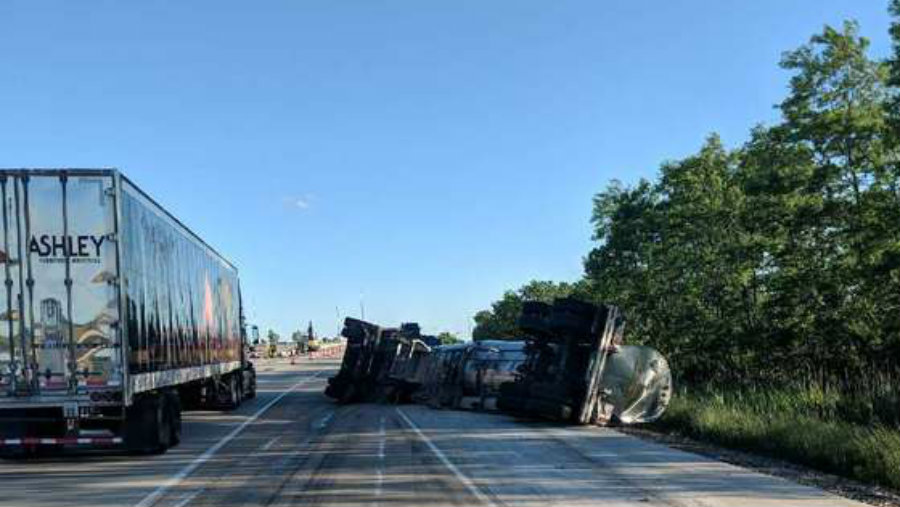