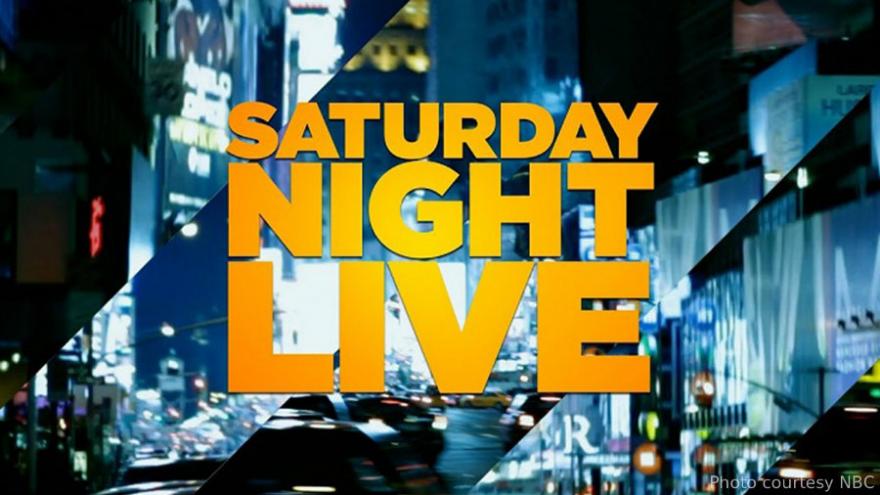 (CNN Money) -- Even though "Saturday Night Live" didn't have someone play Harvey Weinstein, the scandal surrounding the Hollywood mogul was a focus for the NBC sketch series on Saturday night.

"I did have one meeting with Harvey," McKinnon's Goldry said. "I was invited to his hotel room and when I arrived he was naked, hanging upside down from a monkey bar. He tried to trick me into thinking his genitals were actually his face. It almost worked. The resemblance is uncanny."

The leader of the round table, which was played by Aidy Bryant, asked the group, where we can go from here.

"Violence against women, it doesn't just happen to famous actresses, it's everywhere, damn it! It's time we take it seriously," said McKinnon's Goldry. "Pandora's box is open now, and Pandora's pissed."

Weinstein has seen a of sexual harassment and assault allegations over the last nine days. Since the New York Times first reported the accusations against Weinstein, dozens of women have come forward. The New Yorker published its own account, which included charges of rape by three women.

On Saturday, the Academy of Motion Picture Arts and Sciences board voted to strip Weinstein's membership.

"SNL," and others in late night, received criticism last week for overlooking the scandal after it was first reported.

However, on Saturday, the series took on the subject in both the actress round table sketch and in "Weekend Update" with hosts Colin Jost and Michael Che tackling the scandal.

"Apple has announced that it will add hundreds of new emojis to its iOS system including a person at a spa, a vomiting face, and shushing finger," Jost said. "Finally giving emoji fans the ability to describe what it was like to work for Harvey Weinstein."

Che added that making jokes about this story was difficult.