We have a snowy week ahead of us! The next winter system will bring snow showers and then lake effect snow, starting Monday and lasting until Wednesday.  The system will bring light snow showers during the midday on Monday, mainly for our Michigan counties, and far northern Indiana counties. The snow will intensify for this area during the evening. Then, on Tuesday, a lake effect snow band will develop in the north/south direction. This will bring the snow further south to parts of Starke, Marshall, and Kosciusko counties.

Overall from Monday through early Wednesday morning, up 5-almost 8” will fall for Berrien and Cass counties. 3-5” for parts of Berrien, LaPorte, St. Joseph (IN), Elkhart, LaGrange, and St. Joseph (MI) counties. 1-3” for the northeast corner of Starke, Marshall, Kosciusko and eastern LaGrange counties. Less than or equal to 1” for parts of Starke, Pulaski, Fulton and far south Kosciusko counties. 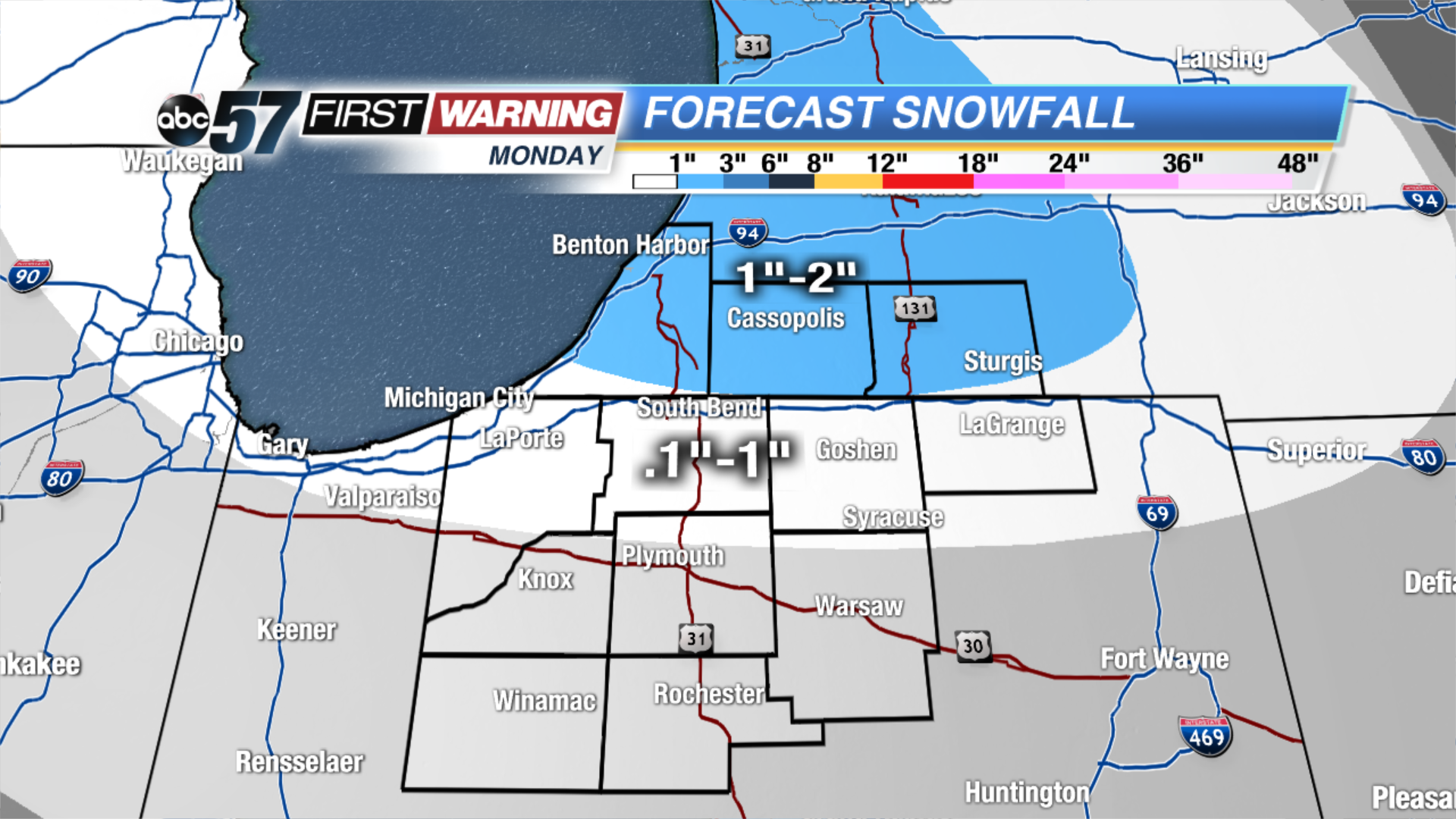 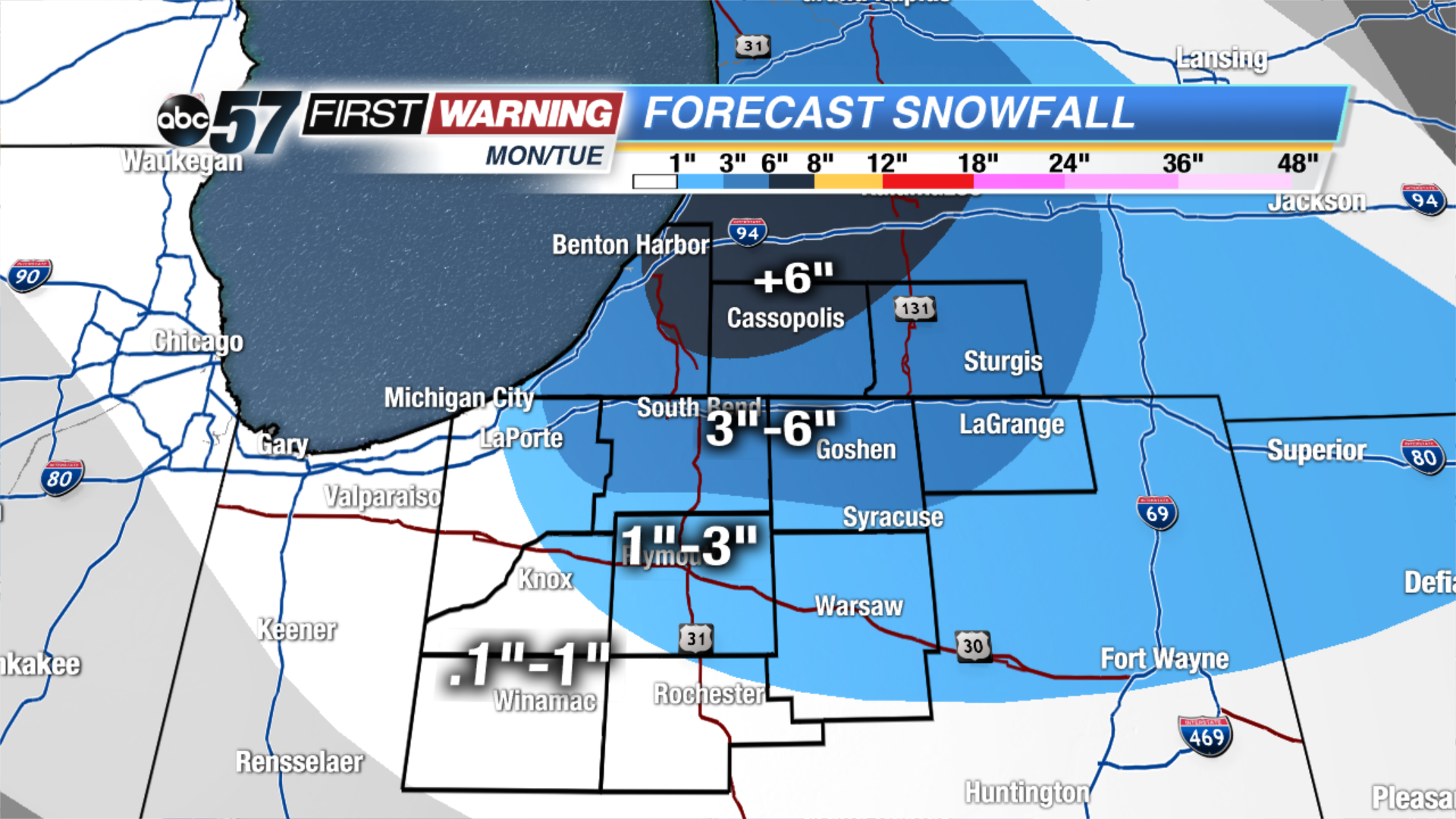