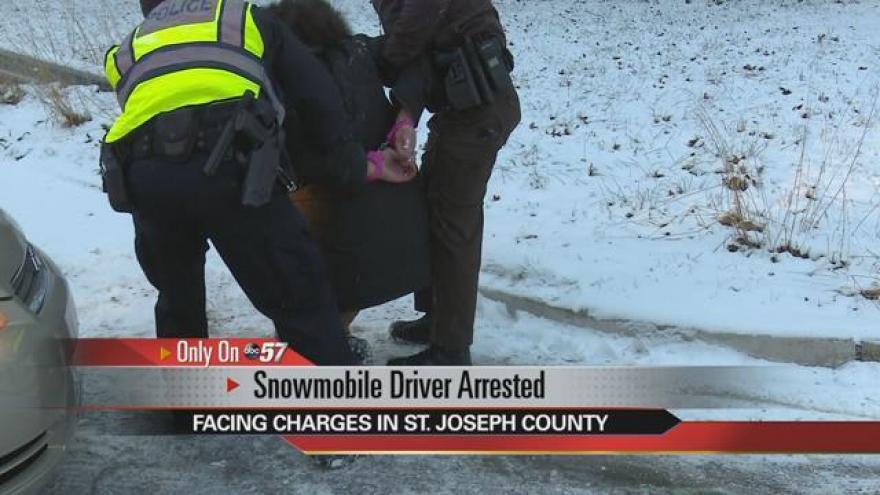 A Granger man was arrested Thursday evening after he backed his snowmobile into a vehicle near SR23 and Hickory Road. He faces several charges.

Richard Brennan is accused of battery and carrying a gun without a permit.