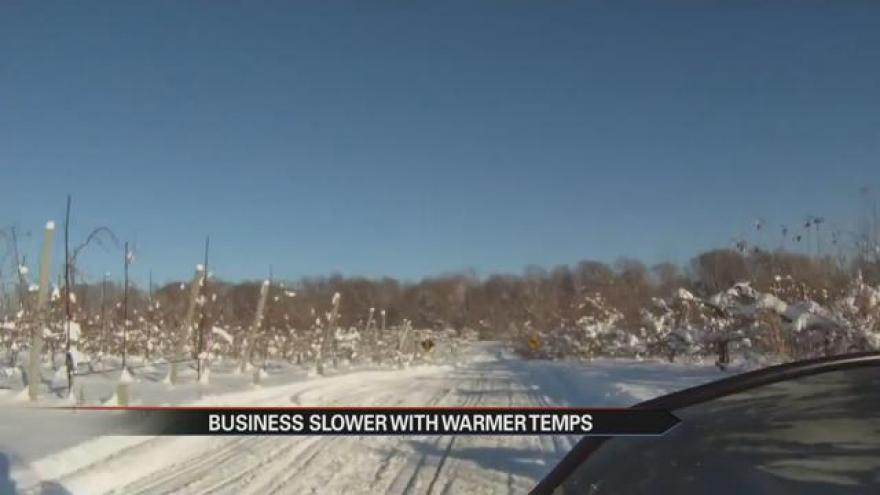 On Tuesday snowmobiling season kicked off in Indiana but there's no snow on the ground.

Krupp’s Power Sports in Edwardsburg is selling trail permits but they said the trails that run through Cass County aren't ready just yet.

The signage will probably be installed on the trails this weekend. Meanwhile, Krupp said business is slow.

Norm Krupp said the winter of 2015 was his busiest season in 15 years. He’s hoping January and February will pull through with high snow totals.

Krupp said, “That little blast we had a couple weeks ago got people excited a little bit.”

Krupp said he expects December to be slow but he would love a white Christmas.

Ed Culliton dropped by the shop on M62 to get his ski-doo ready to hit the trails.

Culliton said, “What we really like is when it gets real cold and the ground freezes and the trails get real good. January and February are our favorite months.”

Culliton lives in Cassopolis and he's optimistic for the season.

Culliton said, “We got a great trail system in Cass County. Goes all the way down to the state line in Indiana and if you travel it, and I don’t do this, but if you do you can take it all the way up to Mackinac Island!”

As Culliton dreams of snow, Krupp said he’s crossing his fingers for a stellar snowmobiling season.

Krupp said, “We just wait for the white stuff that’s all we can do!”